How Sweet It Is: New Super Team Seems To Form On WWE Monday Night Raw

A pair to draw to. WWE has a unique history with tag team wrestling as they very rarely tend to focus on it. Rather than building up traditional teams, WWE tends to like to put two singles wrestlers together as makeshift teams, often leading to major tag matches. That seems to be the case again, as some top stars seem to be coming together on a heck of a collision course.

This week on Monday Night Raw, AJ Styles defeated Damian Priest in a singles match. After the match was over, Priest’s partner Edge attacked Styles, with Priest and Edge attempting to further damage Styles’ shoulder. This caused Finn Balor, who has had issues with Edge and Priest in recent weeks, to run in for the save. Balor and Styles, both former members of the Bullet Club, then did the Too Sweet gesture. No match has been made between the two teams.

Opinion: I like the idea of Balor and Styles together, though it does seem a bit weird that Styles is able to defeat Priest with Edge helping him and THEN gets a partner. Either way it should set up for a good match down the line, with Priest getting the benefit of a rub from the three former World Champions. I’m not sure when that match takes place, but it certainly could be the case.

What do you think of Balor and Styles as a team? How would the tag match go? Let us know in the comments below. 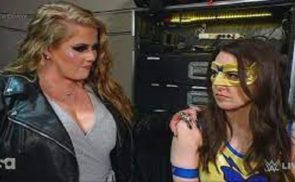 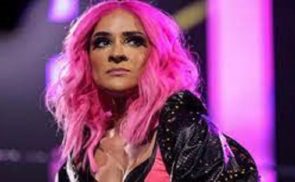