History has been made! There are a lot of titles in the wrestling world and many of the most famous and well known are under the WWE banner. The company has been around for so many years that it has had a chance to build up some lineages. One of those titles changing hands can mean a great deal for someone and that was the case again late this week.

This week on SmackDown, Ricochet defeated Sami Zayn to win the Intercontinental Title for the first time in his career. Ricochet won the title when Zayn was distracted by Johnny Knoxville, who came to the ring, allowing Ricochet to hurricanrana him for the pin. This is Ricochet’s second singles title in WWE, along with the United States Title, plus one reign as NXT North American Champion.

Opinion: This was quite the surprise and that is a nice thing to see. Ricochet is someone who has seemed ready to take a big step forward for a long time now but has not really been given a chance. I don’t know how the title reign is going to go, but what matters most is that he actually won something for a change and might be in line for some better times as champion. Good for WWE for doing something and good for Ricochet for finally getting a chance to show what he can do.

What do you think of Ricochet’s title win? How will his reign go? Let us know in the comments below. 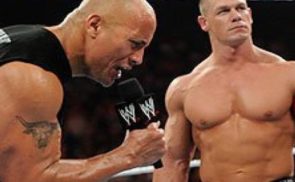