Not so fast? NXT is one of the best things going in the wrestling world today and that has been the case for a long time. While the promotion puts on some outstanding matches and major shows, the talent is what matters the most, as is the case with any wrestling company. However, NXT has to deal with talent moving up to the main rosters on a regular basis. That might not be the case with one of the bigger stars they have.

One of the most consistent worries for NXT stars is how well they will do once they make it up to Monday Night Raw and SmackDown. Several of them have not been as successful as others and oftentimes that is seen as being due to Vince McMahon not getting their NXT character. There are a lot of people who would seem likely to have this problem but one of them might be staying put.

According to WrestleTalk, Velveteen Dream is expected to stay with NXT for the time being. This comes after rumors that Dream would be called up to the main roster after Takeover: In Your House on June 7. Dream competed at the show, losing to NXT Champion Adam Cole in a last chance match. There are several other NXT names rumored to be called up, including Dominik Dijakovic and Chelsea Green.

Dream has been a big deal down in NXT. Check out how his time there has gone:

Opinion: I’m not sure what the future holds for Dream but I like the idea of him staying down in NXT at the moment. He’s a very talented performer but I don’t see how well he would do on the main roster. His character is tailor made for NXT and the idea of WWE commentary trying to call it makes me cringe. The talent is certainly there, but this kind of presentation is not going to work on Monday Night Raw or SmackDown for a long time.

What do you think of Dream? When will he be called up? Let us know in the comments below. 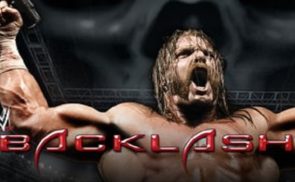