It’s time for things to get serious in WWE and that makes things feel better. WWE tends to know how to get the bigger things right, at least when it comes to the build. That is the case again this time, as the card for the show is looking great. The Rumbles themselves will be fine, but you also have some good looking World Title matches and a pretty stacked mixed tag. Let’s get to it.

This is a match that you probably saw coming a few weeks ago as Maryse has been around from the start and Edge kept talking about Phoenix. The story itself has been a bit hit and miss though, as I’m not entirely sure why the four of them are still feuding. The idea of seeing Beth crush Maryse is appealing, though seeing Edge vs. Miz again isn’t the most thrilling. 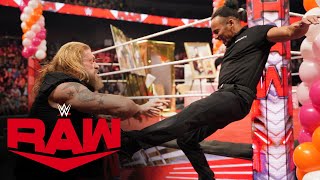 I’ll go with Miz/Maryse stealing a win here, as it seems to set up a final blowoff match. I’m not sure when that would happen as I can’t imagine stretching this all the way out to WrestleMania, but Elimination Chamber could be a possibility. There is more than enough talent to get through this and the match should be pretty good, but I’m only kind of wanting to watch it.

Now things get interesting as we have a match that people have been wanting to see for a good while, with Lashley himself having pushed for it for years. When Lashley debuted in OVW, he was billed as Brock Lesnar Times Ten, which is close enough to how the match is being built. Lesnar isn’t going to be able to overpower or maybe even out wrestle Lashley so we’re a bit closer to a stalemate this time around, which takes away what Lesnar is used to. 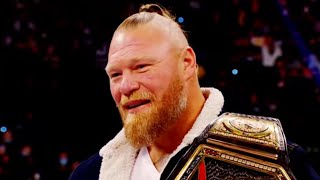 But dang who in the world wins here? I still can’t imagine that we’re getting Lesnar vs. Reigns title for title at WrestleMania so someone has to lose….and I just don’t think it happens here. We’ll go with Lesnar retaining here, though it’s the one I have rather little confidence in picking. Lashley winning the title back would make sense, but I’ll say Lesnar holds onto the title, at least for now.

The more I think about this one, the less sure I am. WWE has done such a job of making the division so focused on Becky Lynch and Charlotte that it is hard to fathom someone else becoming a big star. While Charlotte is in the Rumble, I’m not sure I can picture her winning while still champion, which should set up a new challenger for either her or Lynch. That leaves a few options….and they are rather slim.

As much as I want to go with the big rumored return or Lita for the sake of setting up the teased Lita vs. Charlotte match, I’ll go stupid and pick Bianca Belair to win a second in a row. She is one of the few women in the match who doesn’t feel like a joke or at least someone there to fill in a spot and that is worth a look. Rousey or Lita might be more likely, but I’ll take what might be a safer pick with Belair.

This is an actual fresh matchup which is almost hard to fathom in modern WWE. I’m glad to see Doudrop basically turning into Viper, because that is an interesting person to watch. Sometimes you need a monster who can wreck some stuff in short order and that is what Viper can do. If nothing else, it is nice to see something different so maybe we could have a better match as a result.

She didn’t see it coming: 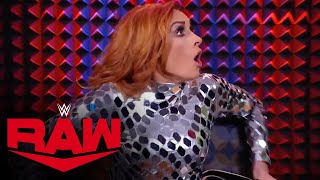 I’ll go with Lynch to retain of course, as Doudrop feels like a monster of the month for her at worst. That is a weird situation for a heel, but ultimately this does not seen to be anything serious for Lynch. It should be a good match though, as Doudrop has done quite a few things well during her time in WWE. Granted the Doudrop run has not exactly gone great overall, but maybe things are changing in a good way.

This is one of those matches that makes me wonder how the whole thing is going to go, because you know someone is going to get involved with one of the World Title matches. If Reigns attacked Lesnar to cost him the title, the same thing is likely happening here. Or there is the chance that Lesnar interferes here anyway. That is all beyond the idea of the match itself, which should be rather good. 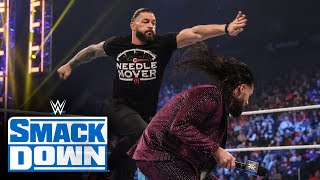 I’ll go with Reigns retaining here, but again I’m coming into the two title matches completely confused. The Elimination Chamber leaves the option of a last minute change, but we could be in for a couple different options. The good thing is that these two have some great chemistry together and hopefully they can do that again here. We need something good from these two and I can believe it will happen.

I’d like to believe that one of the Royal Rumbles ends the show but that might not be the case this time. For the sake of sanity though, we’ll go with the show’s namesake match actually taking the main event slot. This match is pretty wide open as well, and I’m not sure where that is going to go. There is one name that stands out a bit more than most, but it might be pure false hope.

For some reason, I can’t shake the idea of Big E. winning, even if that might not be the most likely case. I’ll take him to win, but there is also a strong possibility of either Reigns or Lesnar losing their World Title and entering here to set up WrestleMania. It wouldn’t be the most satisfying finish, but ultimately it is a strong chance. From who we have confirmed though, I’ll go with Big E.

The more I look at the card, two things stand out. First of all, the top of WWE’s roster is stacked and they can put on some great combinations. This show is looking good as a result and I’m wanting to see what happens on the show. At the same time, the Rumble matches show you just how weak the rest of the rosters are, as neither match is exactly full of names who could pull this off. The show should be good, but WWE really, really needs to rebuild its roster. Assuming they don’t just release more people instead. For now though, the show looks good and that’s enough hope for one night.

You Might Be Seeing More WWE Legends In The Near Future