One of those weird rules. There is a lot that can be said about Vince McMahon but one of the strangest things are his random rules. Sometimes you hear about one of them and have to wonder what he is thinking, as McMahon has one odd choice after another. That is the case again and it continues to sound a bit confusing, especially given what it seems to go against.

Sikoa and Breakker both debuted for NXT late last year. Sikoa is a member of the Anoa’i family and is the younger brother of the Usos. He is also the son of Rikishi, who has been referenced on NXT TV without having his name mentioned. Breakker is the nephew of Scott Steiner and the son of Rick Steiner. WWE has released a clip of Breakker celebrating his NXT Title win with Rick, who was not named.

Opinion: This is one of those ideas that I can’t get my head around. Save for WWE not being allowed to use the Steiners name, why hype up the idea of Breakker being in a wrestling family but never being specific? It is something WWE does that only they would think makes sense and probably can’t explain why they do it either. Maybe they will fix it one day, because it isn’t like this is some complicated move.

What do you think of the rule? How long will it last? Let us know in the comments below. 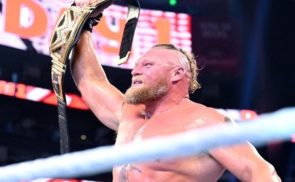