It’s past Slammiversary and we have a new World Champion as Lashley took the title from Drew Galloway via knockout. Tonight is a special show though as we have four title matches with the World, King of the Mountain, Tag Team and X-Division Titles all on the line. Let’s get to it.

The start of the show is delayed as there’s some kind of a technical issue.  At the moment the show should have started ten minutes ago and there are just commercials looping.

Eighteen minutes in and we see Eli Drake coming out to face Jeff Hardy for the King of the Mountain Title. And never mind as we’re back to the commercial loop.

Apparently that match ran about two minutes as Lashley comes out to the ring for a chat at 9:21. Never mind again as the loop is back on at 9:22. At 9:23 Lashley is back to say that anything can happen on live TV. Oh and the audio is screwed up and out of sync. He talks about how Drew Galloway lost the title and it’s back to the loop at 9:25.

At 9:32 (with a LIVE graphic in the corner), Ethan Carter III is in the back talking to Drew Galloway about how tough his schedule is and we’re back on the commercials in about twenty seconds.

It’s 9:45 and the only word from anyone is that Pop TV is having technical issues. Still nothing on screen or anything as the only information is coming from Twitter.

At 10:14 we get a crawling message saying the show will be airing in its entirety. This message airs once and doesn’t say what time the show will be starting. The graphic starts running on a loop a few minutes later and is gone by 10:20.

10:40 and the graphic is still gone with no updates in sight.

The show starts airing at 10:50 with no announcement whatsoever. It just started airing, complete with the crawler still airing.

We open with a package from Slammiversary with the footage turning to stills before the big moments actually happen.

Lashley comes out to open the show, meaning the very brief clips we saw earlier were out of order. Last week Lashley promised to win the title and here he is with the belt. Everyone else has run out the building to get away from him but here’s Ethan Carter III to interrupt. Lashley says Carter is a joke and doesn’t want this fight. After Lashley beats him, there’s no one left.

Cue Drew Galloway to interrupt but Lashley calls him a loser. Drew tells him to shut up but Lashley thinks he looks like garbage. Lashley says he’s flat out better than Drew and everyone knows it, including EC3. Drew doesn’t care because he’s invoking his rematch clause right here tonight.

Yesterday, Jeff Hardy challenged Eli Drake for the King of the Mountain Title.

King of the Mountain Title: Eli Drake vs. Jeff Hardy

Drake is defending. Jeff starts fast and sends Eli out to the floor for a baseball slide, only to eat a big clothesline. Hardy takes forever to get back in and eats a swinging neckbreaker for two before we hit the chinlock. A powerslam out of the corner gets two for Eli but Jeff comes back with a quick Whisper in the Wind. Eli dives into a powerbomb but grabs a second powerslam for two. Blunt Force Trauma is countered into the Twist of Fate followed by the Swanton, only to have Matt Hardy run in and bite Earl Hebner’s hands and face. Jeff goes after him for the DQ at 7:37.

Ethan and Drew are in the back with Carter saying Drew worked himself too hard with his schedule as champion. Drew knows how to face Lashley and after he gets the belt back, Ethan is getting a title shot.

Jeff is still in the ring and says he’s sore after Sunday but he did what he had to do to get rid of his brother (Brother Moore. “If I can be Brother Nero, he can be Brother Moore”). Apparently that wasn’t enough though because Matt is still crazy. Matt pops up above the video screen to say this is where Broken Matt Hardy was born. This was where Jeff Hardy tried to end his career with no remorse for Matt, Reby or Maxill.

Matt wants Jeff to be DELETED but Jeff thinks Matt would be better off cutting a six minute promo in a hotel than this bull. Apparently Jeff has to come up and fight him or they’ll fight again next week. Jeff comes towards the stage and grabs a table but Matt says they should fight with hon-uh (his way to say honor). That’s fine with Jeff who climbs the steps and starts fighting, only to have Reby sneak up and spray him with a fire extinguisher. Matt slides Jeff down the railing and through a table.

After a break, Matt wants to face Jeff next week in Six Sides of Steel. Matt does this weird biting thing as he talks.

Lee is challenging and his manager Shane Helms jumps Eddie from behind to give Trevor an early advantage. Trevor starts firing off some right hands but charges into a boot in the corner. Eddie can’t hit his Backpack Stunner and another Helms distraction lets Lee get in a jumping knee to the jaw for two. Eddie dives through the ropes to take out Shane before a running knee to the chest (The Boston Knee Party.) takes out Lee for the pin to retain at 4:00.

Video on the Hall of Fame.

The BroMans spy on Raquel as a way to plug a Big Brother show.

We see a clip of Ethan and Lashley talking “during the break”, despite the fact that this version is being aired with no breaks due to the technical issues. Ethan says he doesn’t care who the champion is because he’s coming for the title. That sounds fine with Lashley because he’d love to take Ethan out.

Dixie Carter is in the ring to announce the new Hall of Famer as the roster is on the stage. After a quick speech about what this means, the newest inductee is announced as Gail Kim. Gail comes to the ring in tears and we go to a package on her, including the fact that she’s a five time Knockouts Champion with 232 days as champion. I have no idea where they got that number from as according to Wikipedia, her last reign alone was 232 days and she’s held it for over 700 days combined.

Dixie praises Gail for creating the greatest female divisions in the world and thinks she’ll go down as the greatest in the world. The official induction is at Bound For Glory. Gail talks about how great her career has been because of this company and how important it’s been to her. She thanks everyone she’s ever worked with and is so grateful to be here.

Decay says they feel the presence of someone’s darkness.

Marti rants about how screwed up the Dollhouse was but through it all, she and Jade stood by each other. Once Jade became champion though, that title was her new best friend. Cue Jade for a brawl.

Decay is defending and this is one fall to a finish. Baron Dax and Shera get things going and work on a wristlock each. It’s off to Robbie vs. Abyss with the latter easily destroying E. until Baraka comes in to steal a two count. A chinlock keeps Robbie down but he comes back with a Boom Drop and the tag off to Jesse as house is cleaned.

Jesse springboards in to dropkick Abyss to the floor before a quick BroDown sets up the Adonis Lock on Steve. Abyss makes the save though and chokeslams Jesse, only to have Shera come off the top to take Abyss down. Everything breaks down with Grado working on Steve in the ring until Snow shoves Grado off the top. Abyss chokeslams Steve onto Grado for the pin to retain at 6:46.

Maria tells Allie to leave her and Mike Bennett alone. She is FURIOUS that Gail is going into the Hall of Fame because no one appreciates them. Mike is ready to leave right now but Maria says they need to go to the ring and get everything they want.

Here are Mike (in a shirt covered in pineapples) and Maria with something to say. Mike says TNA needs a hero like him but the people have rejected him. Maria screeches that the loss on Sunday was a conspiracy from TNA management and they want it stripped from the record books.

They demand Dixie get out here right now but get Billy Corgan instead. Mike says he’s disappointed so here’s Dixie to back Billy up. Maria yells at her a lot but Dixie reminds her that we are LIVE tonight. Dixie says there’s too much talking and not enough wrestling here, especially from Maria who hasn’t had a single one on one match yet. If Maria has issues she should set up a meeting about it but Maria says the finger of blame should be pointed at Dixie because she’s the problem.

Maria thinks she could run this place better than Dixie and Billy must agree with her. She and Mike should be in the Hall of Fame but Dixie calls her self absorbed and thinks Maria shouldn’t be running the Knockouts division. Maria goes on and on about how awesome she is and how she’s a self made woman, only to have Dixie slap her in the face.

Drew, with heavily taped ribs, is challenging and Ethan Carter III is on commentary. They immediately fight on the floor with Drew taking over early and making sure to slide back in to break up the count. Lashley goes after the ribs and steps on the taped up part before dropping him on the apron with a side slam. They get inside for the first time with Lashley throwing Drew over the top and down to the floor for a big crash. Lashley is in full control but stops to stare at Ethan, allowing Drew to come back with some chops.

Back in and Lashley misses the spear and gets caught in something like a Kimura. Lashley escapes and grabs a Crossface, only to have Drew reverse into a Tombstone but Lashley reverses that as well, only to get caught in a piledriver for two. Drew’s super Celtic Cross gets two but the Claymore takes out the referee. Lashley hits a pair of spears and grabs a chair, only to have Ethan take the chair away. Carter hits Drew by mistake and Lashley side chokes Drew for the knockout win at 10:18. 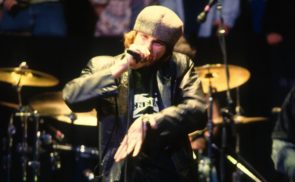 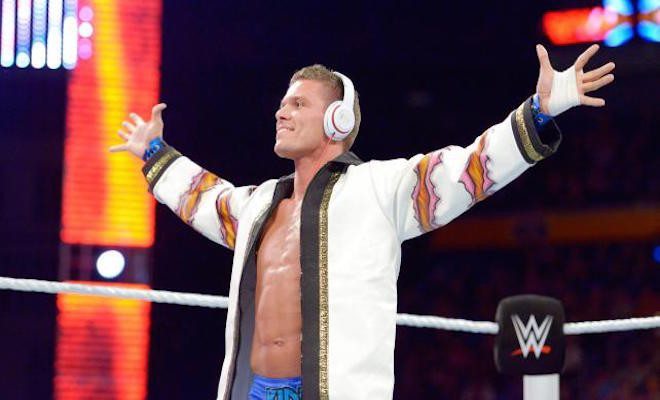