We’re still dealing with the Final Battle Fallout and that means things should be getting interesting around here sooner or later. The last few shows have done very little to get my interest up after the pay per view but maybe they can change things around here. I mean, I wouldn’t bet on it but stranger things have happened. Let’s get to it.

We open with a look at Jay Lethal and Jonathan Gresham winning the Tag Team Titles at Final Battle.

The hosts welcome us to the show, which will be all about tag teams.

We get the Code of Honor to start before Milonas shoves Hendry down a few times. Back from a break with Castle coming in and promising to slam Bruiser. Castle can’t do much to him so Bruiser starts punching him and gets in the fake biting. The Bouncers go New Zealand with a Battering Ram but Hendry low bridges Milonas to the floor. Bruiser even goes all the way up and dives onto all three for the big crash and quite the earned reaction. Back in and Milonas’ falling splash gets two on Hendry but Bruiser misses his running hip attack in the corner.

That means Castle can come back in to suplex Bruiser for two and Hendry adds a fall away slam. Castle doesn’t seem to like Hendry tagging himself back in so Bruiser can shove Hendry away, allowing the hot tag to Milonas. Everything breaks down but Castle saves Hendry from Last Call. That lasts for all of a few seconds before Castle is sent outside, leaving Hendry to take the Last Call for the pin at 9:07.

Ian and Quinn preview the rest of the show.

Johnson tells Black to get out to start, which isn’t a nice way to talk to your new mentor. Black tags himself in anyway and the fans are rather behind him. Machine slams him down though and it’s Johnson tagging himself back in. Everything breaks down and Black kicks away at everyone until we take a break.

Back with Johnson holding Master in an abdominal stretch, though Johnson won’t let him grab the rope. Johnson’s middle rope splash gets two but Black kicks his feet off the ropes. The hot tag brings in Machine to clean house with an Oklahoma Stampede and a spear getting two on Johnson. Master’s top rope elbow gets the same but Black runs Machine over. A superkick to Master sets up a fist drop from Johnson for the pin at 5:53.

Brian Zane gives us his Top 5 Tag Teams in Ring of Honor history, which is topped by the Briscoes.

For the #1 contendership and that would be Josh Woods/Silas Young. A long Rock Paper Scissors game means it’s Woods starting against Mark with the latter making the mistake of going amateur against the former NCAA Champion. It’s a spank to Mark and we take a break. Back with Young hammerlocking Mark and getting two off a shoulder.

Jay is sick of waiting though and comes in for a hard forearm each to Woods and Young to knock them both outside. That means Mark can hit a springboard flip dive and we settle down to Jay beating up Young. Jay charges into a raised boot though and a blind tag allows Woods to come in for a Saito suplex.

Another suplex into a slingshot hilo gets two and we take another break. Back again with Mark getting the hot tag to come in and clean house. The Rock Bottom suplex drops Woods and the brainbuster plants Young. Woods counters the Froggy Bow into a quickly broken cross armbreaker with Woods being sent into a middle rope boot to the face.

Redneck Boogie gets two on Woods and Mark kicks Young in the face again. Woods superplexes Mark off the top though and everyone is down for a bit. They get back up for the four way slugout with the Briscoes getting the better of things. The Doomsday Device is loaded up but here are Lethal and Gresham for a distraction so Woods can Rolling Chaos Theory Mark for the pin at 15:14. 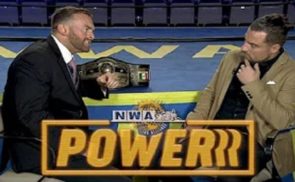 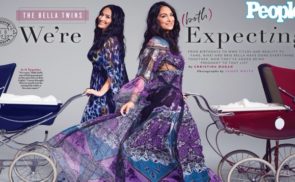