Things have been interesting around here as of late, but we are in a non-title week for a change. This time around the main event is a Heritage Cup Rules match between Charlie Dempsey and A-Kid, which should be a heck of a match. I’m not sure what else we’ll be getting, but I’m expecting some Lash Legend because it’s required these days. Let’s get to it.

Coffey grabs the wrist to start before going with some forearms to the face instead. Huxley runs him over though and we’re already in a neck crank. Back up and they trade clothesline until Coffey gets in a backdrop. Huxley grabs a chokebomb for two of his own but Coffey hits a suplex, setting up a sliding forearm for the pin at 4:13.

Video on Ivy Nile, who is ready for her NXT UK Women’s Title match in two weeks.

Video on Sam Gradwell vs. Von Wagner. Both of them are ready for the other.

McKenzie’s headlock doesn’t work as Legend sends her flying, earning a YOU SUCK chant from the crowd. Legend drops a big elbow and nips up for no count, despite a rather arrogant cover. A whip into the corner sets up an over the shoulder backbreaker but McKenzie slips out. McKenzie dropkicks the knee out so Legend drops to the floor, setting up a suicide dive to take her down again. Back in and a high crossbody gives McKenzie two more but Legend kicks her in the face for the pin at 6:07.

Mark Andrews sneaks up on the still paranoid Kenny Williams and tells him to watch out. This doesn’t make Williams any more relaxed.

Noam Dar is here with Samuels. Kemp shrugs off the early wristlock attempt to start and wrestles him to the ground without much effort. Samuels manages to knock him into the corner though and a running splash staggers Kemp. A middle rope elbow gives Samuels two but he misses a middle rope backsplash. Kemp grabs a gutwrench suplex and starts the comeback but Dar grabs his leg. That’s enough for Samuels to hit a spinebuster for the pin at 5:43.

Video on Ashton Smith/Oliver Carter vs. Moustache Mountain vs. Die Familie in the triple threat Tag Team Title match in a few weeks.

Heritage Cup rules. Round one begins with Dempsey taking him to the mat with a headscissors but A-Kid spins out and starts cranking on the arms. Dempsey ties A-Kid’s arm up and cranks away before getting two off a suplex. A-Kid is back up and tries a cradle but time expires.

Round two begins with A-Kid hiptossing him down for two but they go to the mat with a test of strength. A sunset flip gives A-Kid two more and they go back to the test of strength, with both of them flipping around on the mat to no avail. Dempsey grabs a spinning backbreaker to wrap up the round with A-Kid in trouble.

Round three begins with both of them grabbing a legbar at the same time, meaning it’s time to slap each other really hard. They both roll to the ropes before Dempsey blasts him with a running clothesline. A hard German suplex gives Dempsey two more so he ties up the legs and arm in that reverse cover of his for the tap at 2:19 of the round and 9:19 overall.

Round four begins with A-Kid striking away at the legs but getting his knee twisted. A-Kid is right back with more kicks before pulling Dempsey into a sleeper. That’s reversed but A-Kid fights out of a butterfly stretch and hits a running knee to tie it up at 2:36 of the round and 12:34.

Round five begins with Dempsey avoiding a charge but getting fisherman’s suplexed for two. Dempsey takes him down by the leg and plants him hard for two. A-Kid slips out of a sleeper and this a running kick to the chest for two of his own. The moonsault DDT plants Dempsey but A-Kid can’t cover in time and the round ends.

Round six begins with A-Kid hitting a running kick in the corner and some German suplexes drop Dempsey. Someone throws Dempsey a towel, which is tossed away just as fast, though Dempsey has found some brass knuckles. Those are thrown to A-Kid, with the distraction being enough Dempsey to grab the belly to back fisherman’s suplex for the pin and the win at 1:25 of the round and 18:10 overall. 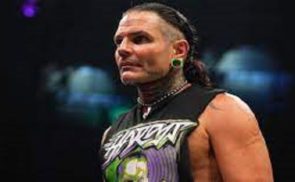