Call it a grudge match. We are less than a week away from Hell In A Cell and that means WWE needs to have the card set. That would be the case in theory, but it is not exactly reality as there were only four matches set for the show with a week to go before the pay per view. WWE had some work to do and that is what they did this week, with something new being added to the show.

A six person tag was added to the Hell In A Cell card this week on Monday Night Raw as Edge/Damian Priest/Rhea Ripley vs. AJ Styles/Finn Balor/Rhea Ripley was announced. This comes after the two groups have been feuding for several weeks, including Edge and Styles facing each other at both WrestleMania and WrestleMania Backlash. This will be the first time that the two teams have faced each other in a six person tag.

Opinion: This isn’t much of a surprise as it is the kind of match that has been set up for the last few weeks. It should work well as a new match on the card, but now the question becomes who might join Edge and company. Balor jumping sides wouldn’t surprise me as he seems like a perfect fit for the team. I’m not sure how well the story would go, but at least they have set it up well. 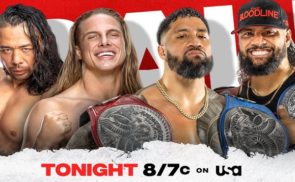 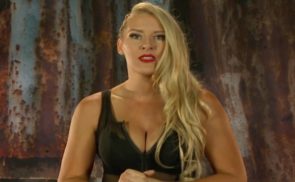