The slow march to the end continues as we are at the next to last show in NXT UK’s history. With two shows left and the semifinals/finals of the United Kingdom Title tournament to go, you know what is going to be the focal point this time. I’m going to be a bit disappointed that the rest of the stories aren’t likely to be tied up but WWE doesn’t seem to mind. Let’s get to it.

We open with a recap of the first round of the tournament and a video on Mark Coffey vs. Noam Dar in their rubber match for the Heritage Cup Title.

They both promise to win because they want to be champion and Carter is coming in with a leg injury. Carter is tentative to start but manages a kick to the head with the good leg. Seven gets sent outside and taken down with a slingshot dive but the leg is banged up pretty badly on the landing. A dragon screw legwhip over the ropes has Carter’s knee in even more trouble and Seven is rather pleased.

The leg work is on, including a cannonball and some kicks in the corner. Carter manages to counter a shinbreaker into a sunset flip but Seven kicks the knee right back out. With one leg not working, Carter uses the other to catch him with a spinning kick to the head, setting up a one legged Lionsault for two. A jumping kick misses though and jams the knee, allowing Seven to hit a dragon suplex.

Carter manages another shot to the face though and a one legged missile dropkick drops Seven. An ax kick gets two but Seven gets smart and goes after the leg again. Some kind of a leglock (cross between a kneebar and a Figure Four) has Carter screaming but he manages to turn it into a slap off. Carter finally goes down and has to get his shoulders up, meaning Seven cranks even harder for the tap at 9:16.

They shake hands to start and it’s Bate working on a wristlock. Bate’s cravate is broken up and some running shoulders just annoy Coffey. Some hard shots knock Bate into the corner and the running headbutt knocks him into the corner for two. A backbreaker gets the same as Coffey starts leaning into the power game.

Coffey runs him over to cut off a comeback bid and the bearhug goes on. A giant swing sends Bate…uh, swinging and it’s a double crash to leave them both down. They slug it out for another double knockdown but Bate is up with a middle rope elbow to the jaw. The running shooting star press gets two but Coffey manages to snap off an overhead belly to belly. Another suplex gets two on Bate and the Boston Crab has his back in even more trouble.

The slow crawl to the ropes is a bit too slow, allowing Coffey to pull him back into the middle. Bate eventually turns it over and kicks him in the face a few times for the break but Coffey hits the double springboard crossbody. That’s rather cool, though Bate rolling through for two lowers the impact a bit. The big slugout is on again until they both hit the ropes, with Coffey hitting All The Best For The Bells at the same time Bate this his rebound lariat, meaning it’s another double knockdown. Back up and the Tyler Driver 97 is blocked so Bate grabs a backslide for the pin and the spot in the finals at 12:00.

Post match Trent Seven comes out for the staredown and promises to show Bate he’s the better man.

Sid Scala announces a four way to crown the new #1 contender to the Women’s Title. This was also spoiled on this week’s NXT. Blair Davenport, Amale, Emilia McKenzie and Eliza Alexander all promise to win.

We hear about the announcement of NXT Europe, coming next year, and EVERYONE is excited.

We get a bit of an NXT UK montage.

Coffey is defending in the rubber match. Round one begins with a feeling out process as neither gets very far to start. Dar takes him down by the wrist and starts cranking but Coffey reverses into a quickly broken leg crank. A headlock goes on for a bit, followed by a waistlock to keep Dar in trouble. Coffey armdrags him into an armbar as the round ends.

Round two begins with the armbar continuing but this time Dar reverses into a waistlock of his own. The chinlock is reversed into another armbar but Dar reverses the reversal into a headlock. Coffey is back up and misses the sliding forearm so Dar elbows him in the head. The sliding lariat connects for two on Coffey and Dar starts stomping on the arm as the round ends.

Round three begins with Dar missing a kick in the corner and getting clotheslined down as Coffey is starting in with the power. Dar avoids a charge in the corner but gets dropped face first, all while what sounds like two fans sing GALLUS BOYS ON TOP. A hard kick to the face gives Dar two but Coffey is too down for the Nova Roller. Instead he rolls Dar up before hitting the sliding forearm for the first fall at 1:22 of the round and 8:38 overall.

Round four begins with Dar trying to remember what planet he’s on and getting laid across the top rope. An elbow to the head staggers Dar again but he falls to the floor before Coffey can try the middle rope bulldog. Back in and the referee checks on Dar, who insists he’s ok so Coffey forearms him in the head for another long knockdown. Dar manages to pull him into the kneebar though and Coffey looks at the clock before tapping at 2:17 of the round and 11:33 overall to tie it up.

Round five begins with Coffey loading up the middle rope bulldog but having to settle for the standing version due to the leg. The Gator Lock goes on but Dar flips over into an armbar, which is broken up as well. Dar takes too long going up and gets elbowed down, only to come back with a kick to the head. Coffey rolls out of another kneebar but Dar puts it right back on. This time Coffey manages to ride out the clock as the round ends.

Round six (the final one) begins with another slugout but Dar has to break out of a guillotine. A small package gives Dar two so Coffey plants him with a half nelson slam. The sliding forearm connects, with Dar crashing out to the floor. Coffey throws him back inside but here is Sha Samuels to post Coffey, setting up the Nova Roller to give Dar the cup back at 1:46 of the round and 17:30 overall.

Dar and Samuels celebrate and a bunch of replays wrap things up. 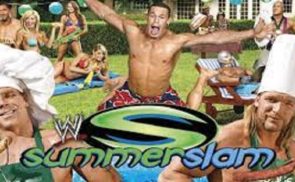