It’s the go home show for Takeover II next week and we now have a main event set. This week we’re likely going to be setting the stage for the fatal fourway next week with Adrian Neville defending against Tyler Breeze, Sami Zayn and Tyson Kidd. We also have the finals of the #1 contenders tag team tournament. Let’s get to it.

Before the opening sequence we hear about the card tonight, which will see the tournament finals and all four men in the fourway in singles matches.

Non-title. Charlotte takes her down with a headlock but Bliss goes to the middle rope for an armdrag followed by a headscissors. That’s enough for Charlotte as she chokes Bliss on the middle rope to take over. Bliss rolls through a powerbomb into a sunset flip for two but walks into Bow Down to the Queen for the pin at 2:22.

Bayley comes out post match and says it’s time Charlotte took her seriously, because she’s seriously taking the title at Takeover. She offers a handshake but Charlotte shoves her instead. Charlotte walks over to her and gets caught in a bad looking Belly to Bayley.

Breeze says he’ll win the title because he looks better than everyone else.

Kenta debuts next week and will be wrestling under that name.

Sin Cara and Kalisto say they have a great opportunity tonight and have the heart to beat the Ascension.

Dillinger jumps over Tyler in the corner to start and runs him over with a shoulder. Breeze gets all aggressive and stomps Tye down in the corner before putting on a front facelock. Back up and the Beauty Show is good for the pin at 2:40.

Kidd says he’ll win the title because he’s been around the world and is cocky and arrogant, but he’s earned the right to be.

Enzo and Big Cass at a beauty salon and goes in to see a friend of his to get some hair removal cream (I hope it’s Freebird brand) for the hair vs. hair match against Sylvester LeFort next week. A very effeminate man comes in and freaks them out so they get in an argument over who should test the cream. They spill it on a dog and the stylist freaks out as they look in shock and say the cream really works.

There are far too many people here with names that start with Ty. Kidd takes him into the corner for some knees to start. Rose comes back with elbows to the face, only to walk into a suplex. We hit the chinlock for a bit before Rose fights up with forearms and elbows to the jaw. Kidd dropkicks the knee out and puts on the Sharpshooter for the submission at 4:11.

Sami Zayn says he wants to beat Neville because Adrian is the champion.

The Vaudevillains, in black and white of course, promise that they’ll win the tournament. Aiden insists that Gotch can move mountains and Simon adds a hearty EXCELSIOR!

They trade wristlocks to start until Marcus gets him down into a chinlock. Sami finally fights up with a kick to the ribs and a clothesline followed by a nice dropkick. He easily takes Louis down and puts on the Koji Clutch for the tap at 2:59.

Enzo and Big Cass run out and try to use the cream on LeFort’s hair but Sylvester escapes.

Adrian Neville knows he doesn’t have to be pinned or submit to lose the title and he loves the challenge.

Non-title again. Renee accuses Parker of using REGULAR gasoline recently. Neville spins around to start and takes Parker to the mat with a headlock. Parker fights back up with a spinwheel kick for two but misses a top rope splash. Adrian scores with some kicks of his own and the Red Arrow is good for the pin at 3:21.

The Vaudevillains beat Bull Dempsey/Mojo Rawley and Enzo Amore/Colin Cassady to advance while Kalisto/Sin Cara defeated Wesley Blake/Buddy Murphy and Adam Rose/Sami Zayn to get here. Kalisto spins English around to start and Aiden is quickly frustrated. It’s quickly off to Sin Cara vs. Gotch with the masked man being dropped ribs first onto the top rope and out to the floor.

English comes back in to hammer away in the corner, only to walk into a cross body. A double tag brings in Kalisto for a headscissors to Gotch. Something like the La Mistica faceplant gets two and everything breaks down. Cara dives over the top rope to take out English, sending him head first into the stge. Gotch catches Kalisto’s cross body but walks into the Salida Del Sol, followed by the Swanton from Sin Cara to give them the title shot at 5:50.

Ascension comes out for a staredown to end the show.

This concludes our live coverage of NXT. Make sure to join us tomorrow night at 8pm EST for Smackdown. 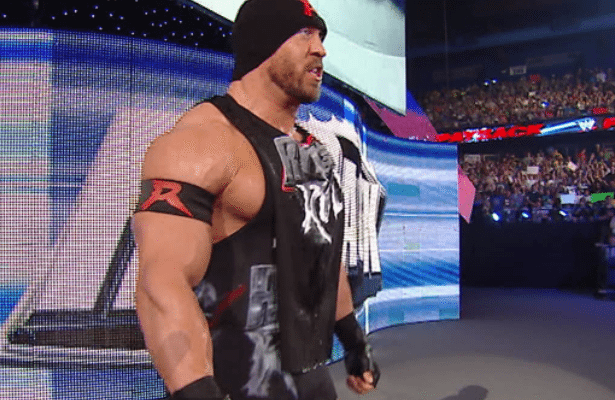 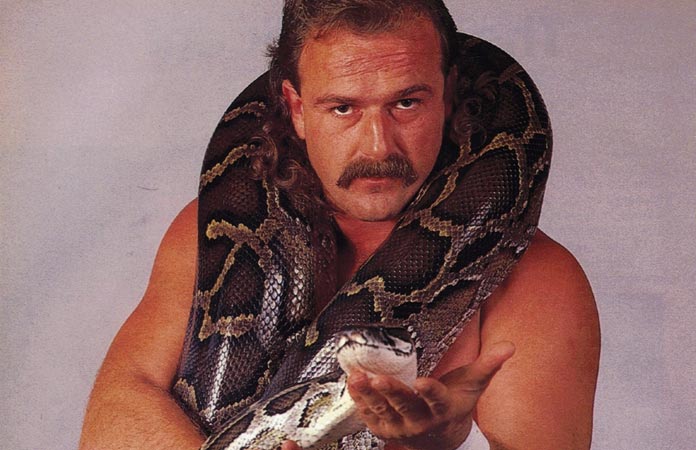 Jake “The Snake” Roberts to Move Out of Intensive Care