Never let it be said that a severe thunderstorm knocking out the power to my house for thirty hours will keep me out of a house show. There was a horrible storm in Lexington on Friday and nearly a fourth of the city was without power for over twenty four hours. As luck would have it, Raw was having a house show the next night and since the arena is ten minutes from my house, it was either go or sit in the dark.

The arena was mostly empty with the entire upper arena tarped off. It should be noted that Rupp Arena is huge, seating over 23,000 people. The weather and power outage had a lot to do with the attendance though, which has been strong during recent house shows in the arena. Granted, after this show, a lot of fans might not want to come back.

Before the show, we saw a good chunk of Rock vs. Brock Lesnar from Summerslam 2002.

I sat in the second set of seats off the floor with the entrance on my right for $28.50. Not bad at all for a good seat, especially with three empty seats on my right and left.

Kurt Angle did his opening video talking about the great show they had for us tonight.

1. Raw Tag Team Titles: B Team b. Heath Slater/Rhyno – Rollup with a handful of tights to Rhyno. C-. About eight minutes.

This was fine for an opener with Slater and Axel having a dance off to start and then some arm work on the champs. It went exactly as you would expect after that with the fans reminding the champs that Slater had kids and then being very happy when Rhyno came in. Everything broke down and Dallas shoved them together, followed by a rollup for the pin on Rhyno. This was fine for a house show opener with the fans being into Slater and Rhyno.

It’s always good to see the TV feuds making their way to house shows. Rawley has grown on me a lot in the last year but Jose isn’t as much fun without the conga line. The interesting part here was Rawley being heavily booed in Rupp, stemming from his heel turn last year. This caused chants WE STILL HATE YOU and WE STILL REMEMBER. Rawley won with an Alabama Slam into a kind of Boss Man Slam for the pin.

This is where the problem started for the show as the lack of star power was becoming really obvious. Ryder is someone who was a big deal several years back and Kanellis has never actually wrestled on Raw (his last non-Main Event TV match was in October). The match was Ryder doing his usual stuff and winning with the Rough Ryder.

Post match Kanellis bragged about being from a winning town in Boston and wasn’t leaving without a win here. Bobby Lashley came out to easily the pop of the night so far and won in about a minute with a spinebuster.

You would expect Sasha in Moon’s spot here but after the angle on Monday, they would have been walking a thin line. Fox in for Sarah Logan makes some sense as well as the show was pretty close to her hometown. As was the case with everything tonight: this was nothing special and had no fire throughout. Bayley’s entrance got a nice reaction but you could hear the lack of a reaction when Moon came out instead of Sasha.

Before the match, Elias did a little song and said he wanted someone to sing with him. Roode came out and said he knew what he wanted to sing so they belted out a few minutes of Sweet Child of Mine. They had a standard TV match with Elias not doing anything memorable and Roode winning with the DDT. After the match Roode posed for a bit and a fan threw him a rose, which he seemed to appreciate.

I was talking to some of the people in front of me (more on them in a minute) and one of them agreed that the was dying for some star power. I’m a fan of the Authors, but this wasn’t what the show needed at this point. Gable and Breeze did what they could but were squashed as you would have expected.

Picture any triple threat you’ve ever seen with one person being sent outside and the other two fighting for the majority of the time. Now imagine that with Bliss, Jax and Natalya. In a bit of a surprise, Jax got the second loudest pop of the night. Bliss slapped Jax and then did the scream from Wrestlemania in the only memorable spot of the match. Jax hit a Samoan drop on Natalya but Bliss knocked her to the floor and stole the pin to retain.

Now THIS felt big and Rollins got a huge pop on the entrance. Reigns was mostly booed during his entrance but was cheered pretty regularly during the rest of the match. This was a long, drawn out match with a long heat segment on Rollins until the hot tag brought in Reigns to clean house. They had a very hot finish with several false finishes and Reigns breaking up the Claymore/Zig Zag combination. The fans were WAY into this and it was exactly what the show needed.

Rollins and Reigns signed autographs and talked to some fans to end the show, which almost every face wrestler did throughout the night.

Overall, this was one of the worst shows I’ve ever been to with almost no energy or star power. Aside from Lashley, until the main event, the biggest name we saw was….I guess either Roode or Bayley? That’s not a good sign in eight matches before you get to the main event. Maybe they weren’t putting out their top stars or their best effort due to such a small crowd, but I really wasn’t impressed.

What was a lot more fun though was talking to the guy in front of me. It turned out that he had been an indy wrestler (Scott Storm) for sixteen years and a multiple time NWA Southern Tag Team Champion (with pictures to prove it). I had a much better time listening to him tell stories and give a wrestler’s perspective on what was going on instead of the actual show. Just a lame effort all around and a really bad show as a result. 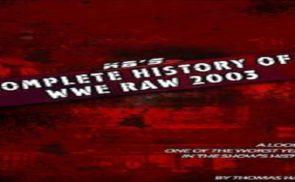 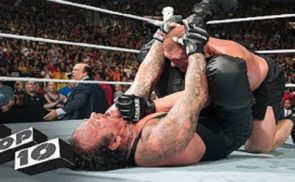