Oh it’s a dark time. WWE loves to talk about the history of Monday Night Raw. With over 1,300 episodes, it’s hard not to brag about it just a bit. There are some times you don’t hear about though, and that includes 2003. It’s considered one of the lowest points ever of the show’s history so of course I felt the need to watch every single episode. I mean, what could possibly go wrong?

In this book, I’ll be looking at all fifty two episodes of Monday Night Raw from 2003 as I try to find out what worked and didn’t over the course of the entire year. Each one will be broken down match by match and segment by segment. Included will be analysis and ratings for the shows to see why the year is remembered so poorly.

The book runs about 340 pages and is available on Amazon both in a physical paperback for $9.99 or an e-book format for $2.99. In case you don’t have a Kindle, there are plenty of FREE apps you can get from Amazon for pretty much any electronic device, all of which are available at this link.

Or if you’re in another country with its own Amazon page, just search “KB Raw 2003” and it should be the first thing to come up.

Also you can still get any of my previous books on the Intercontinental Championship, Monday Night Raw from 1997, 1998, 2001 and the first half of 2014, Monday Nitro from 1995-1999, In Your House, Summerslam, Starrcade, ECW Pay Per Views, Royal Rumble, Saturday Night’s Main Event, the WWF and WCW pay per views from 1998, Wrestlemania, WWE Grab Bag and Clash of the Champions, NXT Volumes I, II and III at my author’s page here. 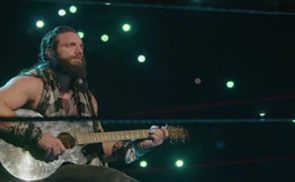 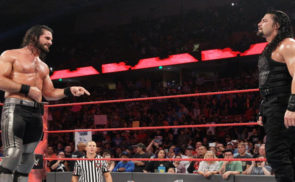