Here is the full show if you would like to watch it for free:

It’s time for a special event as MLW offers their take on UFC’s Fight Island. As long as we don’t have to deal with another Fyre Fest joke, I’m all for trying something new, as MLW is getting weaker and weaker every show. The main event is a long awaited showdown between Low Ki and King Mo. Let’s get to it.

We get a disclaimer that MLW assumes no liability on the show.

Tom Lawlor tells Dominic Garrini that there is a problem with catering, meaning there is no spam. Lawlor sends him down to the port and hands him a bottle of something. Garrini: “You want me to drown him?” Lawlor: “It’s for you.” Garrini stares into the camera.

Commentary welcomes us to the show and runs down the card.

The ring, which has no ropes or ring skirts, is surrounded by trees and there are some people on a couch. Music is handled by a guy with a boom box.

Lambert calls Lawlor out for the low rent talent. Loa runs him over and hits a splash for an early two, sending Garrini out to the floor for a consultation with commentary. Back in and Garrini chokes him out at 39 seconds.

There is going to be a jungle fight later on between Savio Vega and Mil Muertes. In the jungle.

We look at the first Low Ki vs. King Mo fight.

The Dynasty isn’t overly impressed with Hawaii but are ready to make it work.

We recap Salina de la Renta trying to buy out IWA from Savio Vega, who says no. Her bosses at Azteca Underground aren’t happy and Mil Muertes is coming.

Commentary is scared of the Jungle Fight but Salina de la Renta has sent in a note. The boss of Azteca Underground promises blood will be spilled. It’s signed El Jefe.

Dominic Garrini is here with Ku…who is taken down by Zenshi diving out of a tree. Zenshi dropkicks him to the floor and ducks some kicks to the head back inside. A kick to the ribs slows Zenshi down and a half crab goes on. Since there are no ropes, Zenshi pulls himself to the post for the break instead. Ku stands on Zenshi’s throat for a bit, only to have Zenshi come back with a quick rollup for two. They strike it out until Zenshi nails a Pele for two and follows with some more kicks to the head. Ku’s half nelson suplex is countered with a backflip but a running cutter is countered into a dragon suplex to give Ku the pin at 4:59.

The Von Erichs can’t be here tonight but they want Low Ki to win to show up Tom Lawlor. Maybe they’ll show up anyway.

We go back to the jungle where Savio Vega yells at Salina de la Renta, only to get jumped by Mil Muertes. More on this later.

Next week: MLW Underground rather than Fusion.

TJP sits down with Alicia Atout and is tired of losing so many tag matches with Bu Ku Dao. He likes teaming with people but Dao has been dragging him down by not knowing what winning time is. No he isn’t a bully because Dao can’t carry his end. Alicia says Dao looks up to him, which TJP attributes to Dao being 4’11 (TJP: “Maybe 5’5 with the hair.”). That’s enough of the interview.

Loco is listed as being “super over in Cancun.” Romero throws his jacket to one of the “fans” on the couch and we’re ready to go. Feeling out process to start and they go with the test of strength into the flipping exchange. A tilt-a-whirl backbreaker gives Loco two and we hit the double arm crank. Back up and Romero grabs a flying mare but Loco runs him over with a clothesline.

A leglock with an arm crank has Romero in trouble for all of five seconds and Loco’s chops just fire Romero up. A running hurricanrana takes Loco to the floor but he’s right back in to drop Romero onto the couch. The big dive knocks Romero and the couch over and sets up a reverse DDT for two back inside. Loco misses a cartwheel moonsault but he’s fine enough to hit an enziguri. Romero grabs a Stunner on the arm and a tornado DDT gives Romero the pin at 8:50.

Back to the Jungle Fight, which is a bunch of walking and brawling….until Contra hacks the feed.

We look at more of Low Ki vs. King Mo.

The Von Erichs are diving to Filthy Island.

Here’s what’s coming over the next few weeks.

More Muertes and Vega. This time they’re choking and walking around until Muertes hits him with a crowbar. Salina says finish it and Muertes gets the pin.

They go straight to the slugging in the clinch but Mo takes him down to the mat for a leglock. Another leglock has Ki in trouble but he reverses into a choke. Mo reaches for the non-existent ropes….and the referee says that’s a tap at 1:34. 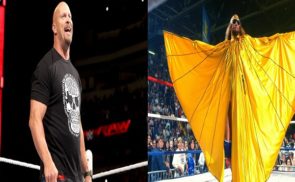 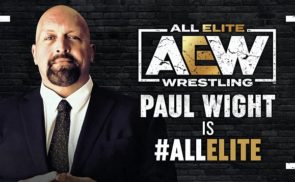