LOOK: Ronda Rousey Back In The Wrestling Ring

Blast from the past. There are some people who show up in wrestling and take the place by storm. You don’t see it very often but you know it when you see it. That’s what you saw back in 2018 when Ronda Rousey showed up and tore the house down at WrestleMania 34. A year later she was headlining the event in one of the most surprising milestones in wrestling history. Then a day later she was gone, but maybe not forever.

Rousey has not appeared in WWE since WrestleMania 35 but she has teased a return a few times since. I don’t think it is any secret that WWE would love to have her back full time, part time or just for a one off appearance, but it is not going to be the case if Rousey does not want to come back. Rousey has not done much since she left WWE, though she did just get back in the ring.

Earlier this week, Roddy Piper’s daughter Teal Piper posted some photos to Instagram showing that she is training to return to the ring after surgery to repair a torn ACL. Rousey appears in the ring as well and has been helping Piper train in the ring. This is one of the first times that Rousey has been seen in a ring, though there is nothing to suggest that she is returning to WWE anytime soon. Piper is not under contract to WWE.

Getting that training in

Rousey had some incredible moments in WWE. Check out some of her time in the ring:

Opinion: I was a Rousey fan from before her time in wrestling and still am after she has left so I’ll take anything I can get here. That being said, I can’t imagine her getting back in the ring for more than maybe a one off match down the line at WrestleMania. Rousey is a mainstream name and doesn’t seem to need WWE anymore. Maybe she will be back, but WWE needs her a lot more. This was nice to see for a one off moment, but I wouldn’t get my hopes up.

What did you think of Rousey’s time in WWE? Will she ever get back in wrestling? Let us know in the comments below. 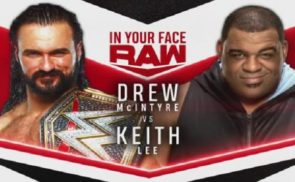 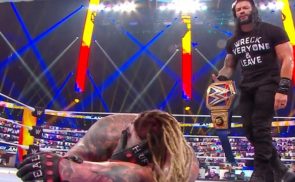 WWE RUMOR: Where Roman Reigns vs. The Fiend Is Heading