It’s an idea. There is no secret to the fact that Monday Night Raw is not doing so well with their television ratings and/or audience at the moment. The company has been rocked by the Coronavirus pandemic and need to do something to shake off their problems. It isn’t going to be made any better with Monday Night Football starting up again, but WWE already has a backup plan in mind.

If there is one thing that WWE knows how to do, it is stack up a card. It helps a lot when you have a roster with so much talent and so many stories taking place at the same time. With so many resources available to them, WWE can put together a huge card in a hurry and it can give them some muscle of their own to go up against a big ratings draw. That is what they are doing this coming Monday.

During this week’s SmackDown, an advertisement ran for In Your Face Raw, which will air next week. The card will feature a variety of matches, including the previously announced Champions vs. Champions match with SmackDown Tag Team Champions Cesaro/Shinsuke Nakamura vs. Raw Tag Team Champions the Street Profits, plus Mickie James challenging Asuka for the Raw Women’s Title. The ad also included new matches, with Seth Rollins vs. Dominik Mysterio in a cage match and Keith Lee vs. Drew McIntyre in a non-title match.

It’s going to be a big night. Check out the ad for the show:

Opinion: That’s quite a card, but here’s a thought: maybe they should announce it with more than three days to go. It’s great that they announced this on SmackDown when they have their biggest potential audience, but look at how things work in either AEW or NXT. They announces matches weeks, as in multiple weeks in advance. That’s the kind of thing that could do Monday Night Raw wonders, but I can’t imagine they actually have things planned out that far in advance. Maybe that is something that should change.

What do you think of the card? Which match interests you most? Let us know in the comments below. 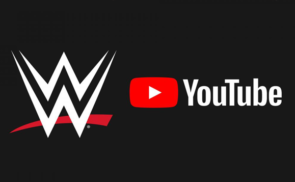 WWE’s Third Party Talent Restrictions To Be Case By Case

LOOK: Ronda Rousey Back In The Wrestling Ring