It took long enough. There are all kinds of ways to present a story in wrestling and one of the most interesting is when you pair a few people together. That opens up all kinds of opportunities for stories to tell, some of which can take their time. One of the more common ways to go is to have the two split up and that might be what we saw this weekend on a big stage.

One of the featured matches at this weekend’s AEW Revolution pay per view saw CM Punk vs. Maxwell Jacob Friedman in a dog collar match. Late in the match, Friedman called for his bodyguard Wardlow to bring him the Dynamite Diamond Ring. Wardlow came to ringside but did not have the ring, saying he couldn’t find it. After Punk took Friedman out, Wardlow produced the ring, saying that it was in the other pocket, which allowed Punk to knock Friedman out with it for the win. Commentary said that it meant Wardlow and Friedman had split, ending their on-screen relationship after more than two years.

Opinion: It’s about time, as this split has been teased for months now. Wardlow has had success on his own in the ring and has the potential to be a breakout star. The question now becomes what he can do on his own without the possibility of splitting from Friedman. Wardlow definitely has the skills to become a major player, though he has to figure out just how to do that.

What did you think of the split? What is next for Wardlow? Let us know in the comments below. 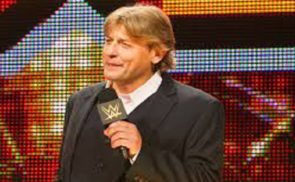 WWE Wanted To Shut Ring Of Honor Down