This could be a hint. As you might know, Kurt Angle hasn’t been around WWE for over ten years now. However, on their Instagram page, WWE has wished Kurt Angle a happy 48th birthday. While this doesn’t guarantee anything, consider that WWE has talked to Angle about a return as recently as this summer.

The other thing to consider is the next WWE2K video game. Over the last few years, we’ve seen legends like Sting and Goldberg return to help promote the game. There are only so many names that could be on the list of potential candidates to be the next game’s feature attraction and Angle could be the next name.

Angle coming back for one more quick run and a Hall of Fame induction would be a fitting way to wrap up his career. At his age and with his health history, there’s only so much more that he’s going to be able to do in the ring. While he may have spent more time in TNA, it would be a better fit for him to go out on the big stage that he truly deserves. Angle is one of the best of all time and he deserves to be honored as such.

Would you like to see Angle get one more WWE run? Who should he face in a big match? Let us know in the comments below. 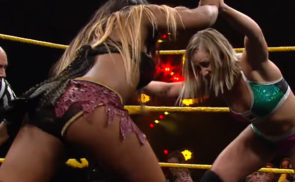 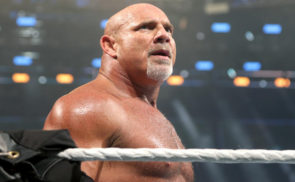 Another WWE Appearance For Goldberg Announced