There’s a story to be told. Wrestling is one of the most unique forms of media in the world as you do not get to see anything like it elsewhere. The wrestlers are larger than life characters and their fans will follow them through some pretty ridiculous stuff. That can make for some excellent moments, but also some tragic ones. Now we might be seeing another look at one of the worst ever.

According to Deadline, Zac Efron is scheduled to start in an upcoming film about the Von Erich wrestling family called the Iron Claw. There is no word on when the film will be released or which of the Von Erichs Efron will be portraying. The Von Erich Family has suffered several losses over the years, including multiple suicides. Kevin is the only original member still alive.

Opinion: This is something that could be interesting, but at the same time it could be one of the most depressing films in recent memory. The Von Erichs are about as tragic of a wrestling story as there has ever been and I don’t know how there can be much of a happy ending to the whole story. I can always go with seeing a wrestling film, but this is a rather tough way to go.

What do you think of the idea? How would you cast the movie? Let us know in the comments below. 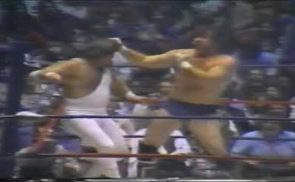 That’s A Big Miss: Top Name May Not Appear At AEW Forbidden Door