That’s a rough one to watch. While he is certainly a very talented wrestler, Jeff Hardy also has some issues outside the ring. Unfortunately some of these are legal issues which have caused him several problems over the years. The problems have flared up again this week, and now we can see just how bad things got, even in a situation that was already bad in the first place.

Earlier this week, Hardy was arrested on charges of driving under the influence and other issues. Since then, TMZ have released the dashboard video from the police car, showing three police officers pulling their guns on Hardy for not obeying their orders to exit his car. The officers then remove Hardy from the car and have him sit down, where they interview him about his driving. Hardy said that he was on his way to the doctor for a “brain scan”, which he could not explain. The video ends with Hardy undergoing field sobriety tests and being handcuffed. Hardy has since been suspended from AEW as a result of the arrest.

This is not good. Check out Hardy’s arrest: 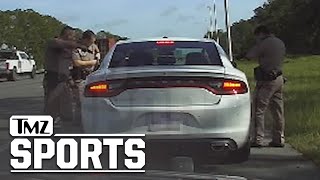 Opinion: What else is there to say to this? To say that Hardy has a problem would be an understatement, but if he does not want to get better, it is never going to happen. Suspending him and recommending rehab is one thing, but Hardy has a lot of issues to deal with and I don’t know how much going to rehab is going to do. Maybe it is what he needs, but keeping him away from wrestling might not be a bad idea either.

What do you think of Hardy’s situation? Will he wrestle in AEW again? Let us know in the comments below. 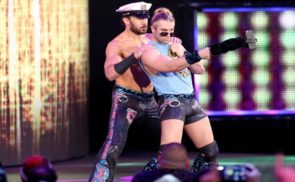