Last week was one of the busiest times that WWE has seen in a good while and a lot of what went down wasn’t the best news. The big story (of many) was centered around nearly fifty names being released/furloughed from the company. That is a CRAZY amount of names to be gone in about three days, even if some of them were only taken away for a short amount of time. Some of the names are bigger than others, but there are a few that baffled me in one way or another, which is what we’re looking at today.

Now first of all, a lot of these releases were probably overdue. Completely ignoring the timing, the Coronavirus aspect, WWE bragging about how much money they had to get through this situation, being named an essential business, the stock dividend being announced the next day, plus Vince McMahon being able to finance a football league, it was time to let some people go as WWE’s roster was out of control. Now if you ignore EVERYTHING about this that made WWE look like a bunch of cheap villains (as they should), this is something that could be beneficial to WWE. That isn’t the case for everyone though.

The two names who caught my eyes (along with several other eyes) were EC3 and Rusev. EC3 was an interesting hire for WWE as he came over from Impact Wrestling where he had been a multiple time World Champion with a ready made character. He was more or less the same person when he came in to NXT and he promptly….didn’t do much. After a few months of toiling in the midcard, he was suddenly announced as a main roster callup in early 2019. It was out of nowhere, but EC3 was already a former World Champion, had a great look and could talk. Sounds like a winner, no?

This guy could get a push:

Well no is right, as EC3 did a grand total of nothing on the main roster, barely ever speaking and only making cameo appearances in a match here or there. In total, he had seven televised matches on the main roster, including an eighteen person tag, two battle royals, whatever the match for the inaugural 24/7 Title was and three singles matches, the longest of which didn’t even last four minutes.

With no matches since late September (coincidentally, the same night as Rusev’s final WWE story began), it was pretty clear that EC3 was done and things weren’t going to get any better. It was a pretty bad situation for him, but now both sides seem to be happier now that they have split. That wasn’t much of a story, but it brings us to Rusev, whose story is more complicated and even more confusing.

Rusev arrived on the main roster the night after WrestleMania 30 when he destroyed Zack Ryder (more on him later). Within a year, he had defeated John Cena in a pay per view title match and was riding a TANK into WrestleMania 31 to face Cena in a rematch. That was pretty much the high point of his WWE run though as he would go on to have one stalled push after another, never reaching the main event level for more than a quick burst at a time.

But then came the saving grace of Rusev’s career: RUSEV DAY! It was a simple idea as Rusev started to say that every day of the year was Rusev Day, with the fans catching on in a hurry. It was a simple catchphrase but Rusev ran with it as far as he could, which was a loss in a four way match for the United States Title at WrestleMania 34. Rusev would win the title eight months later, hold it for about a month, and then lose it again in a nothing match. After the big angle with Bobby Lashley and Lana left Rusev higher and drier than ever before, it was clear something had to change, which wound up being his release.

No use for this guy of course:

As different as the two of them seem, these two both have something in common and it is something that makes their departures all the more confusing: they were both over without much influence from WWE, albeit for very different reasons. What mattered was that WWE was virtually handed some new stars and then decided not to push them for whatever reasons that they had. You had EC3 coming in as a former World Champion with a resume to back himself up. On the other hand you have Rusev, who built something up with the RUSEV DAY. Wouldn’t you think that would be enough?

Well apparently not, as WWE sat EC3 on the sidelines and had Rusev lose the four way match to Jinder Mahal of all people (who would go on to lose the United States Title in less than two weeks). For some reason WWE decided that these two weren’t who they wanted in these spots. The fans were ready for Rusev and EC3 was one of the people presented as a major callup from NXT (along with Heavy Machinery, Lacey Evans, Lars Sullivan and Nikki Cross, some of whom have gone on to some success). But that wasn’t good enough for WWE, which is all the more baffling given their history.

This isn’t even the first (or second, or probably far beyond that) time that something like this has happened. I direct your memories to Ryder, who was also released in the same roster purge. Ryder’s case continues to be one of the most confusing and frustrating situations that I have ever seen in WWE and for the life of me I still do not understand what went wrong all these years later.

Ryder was one of the first WWE names to get over online, with his Z True Long Island Story web show making him into a star. The fans would cheer for Ryder even when the Rock was in the ring, eventually reaching the point where WWE could no longer ignore the sounds. Ryder would win the US Title at Tables, Ladders and Chairs 2011, hold it for about a month, and then lose it to Jack Swagger.

He seemed to fit in here:

The problem wasn’t just that he lost the title so soon, but rather how he was treated after winning the title. The bigger issue was Ryder losing all of his confidence and turning into a coward who ran from Kane (while not being able to change a tire, or, you know, HIT KANE WITH THE WRENCH), got destroyed by Kane, lost Eve Torres to John Cena then got beaten up by Torres at WrestleMania.

It was as much of a burial as you could have for someone who had gotten over so strongly in such a short time, and almost entirely on their own. No sane person was suggesting that Ryder wast he next Cena, but why waste something that is handed to you? This is the same company that has literally spent years trying to find a way to get Roman Reigns over as their to face to rather limited results. Here they had Ryder completely accepted by the crowd and their solution is to crush him as hard and fast as they can.

Does any of this sound familiar? All three of these people have three things in common: they had their talents on full display for WWE, those talents were left sitting on the sidelines, and they all received their walking papers on the same day. If there is a better example of three people who were ready to move forward in the company and were dropped for any reason other than the company didn’t want to push them, I certainly can’t think of them.

This isn’t a situation where it is some huge miscarriage of justice. Instead, it feels a lot more like a case of WWE deciding that they know better than the fans and letting whatever reasons they have for not pushing these people (or at least giving them a chance) get in the way of what should have been obvious. There is never such a thing as having too much talent around, but for some reason WWE felt that it was better to leave some of their talent sitting on the bench. Now that talent can go around, and WWE’s lack of going with the obvious could come back around on them as well. 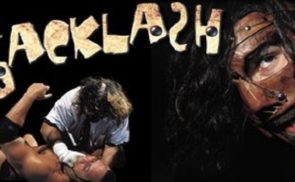 REVIEW: In Your House: Backlash: When Rock Got Ready