Welcome home? There are a lot of wrestlers on the AEW roster and as a result, it can be a little difficult to keep track of everyone. It doesn’t help when the company only has so much television time to use, meaning that someone can be dropped from the shows quickly. Things can be made even worse when someone is on the shelf with an injury. That is the case with a certain AEW star, but it might not be the case much longer.

According to Fightful Select, Kip Sabian is in Chicago for AEW’s All Out weekend, though it is not clear if he will be making an appearance at the show. Sabian has been out of action since March while recovering from surgery. Sabian was written off television due to an attack by Miro, who slammed a door onto Sabian’s wrist. Sabian has not wrestled since the March 31 Dynamite.

You might not remember him. Check out who might be on his way back to AEW television: 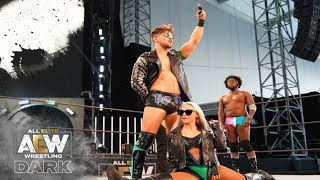 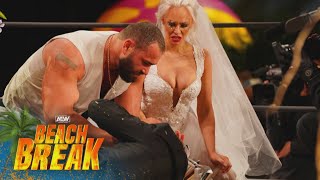 What in he World Did We Just Watch? Was this the Craziest Wedding Ever | AEW Beach Break 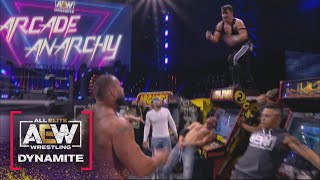 Opinion: It would be interesting to see Sabian back in the ring, if nothing else due to the amount of changes that have taken place in AEW since he left. The company is an almost entirely different promotion these days and that could make for some interesting changes. Sabian was starting to figure things out right before his injury and I would be curious to see how things go for him now.

What do you think of Sabian? What do you want to see him do when he gets back? Let us know in the comments below. 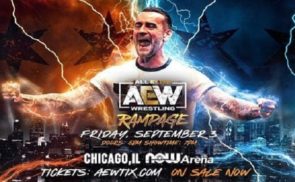