We’re less than two weeks away from Bound For Glory and that means it is time to really hammer home the stories. Most of the card is set, save for the final spot in the X-Division Title match. Things have been going well as of late and I’m actually interested in where the show goes. Keeping that up is not going to easy but maybe they can make it work. Let’s get to it.

The opening recap looks at last week’s main event as Josh Alexander vs. Christian Cage continues to heat up.

The winner joins Trey Miguel and Steve Maclin for the title match at Bound For Glory and the rest of the Bullet Club is in Phantasmo’s corner. Phantasmo is sent outside to start, leaving Mack to shoulder Raju down. Phantasmo replaces Raju and can’t get anywhere with some shoulders of his own. This time it’s Mack being knocked outside so Raju and Phantasmo can slug it out. That’s broken up and Raju is sent outside again as they certainly have a formula here.

Phantasmo manages to knock Mack down and hit a springboard Swanton for two. Back in and Raju hits a Cannonball to both of them at the same time. Mack runs them both over though and shows off the crazy power with the double Samoan drop. The double standing moonsault gets two but Phantasmo catches Mack on top.

That means a super hurricanrana, with Mack Swantoning onto Raju for a big crash. A top rope splash gets two on Mack but he’s right back with the Stunner. The Club has the referee so Mack kicks them to the floor and hits the big flip dive. Raju uses the breather to Flatline Phantasmo for two but Phantasmo is back with a rather low punch. The Pedigree style Neutralizer gives Phantasmo the pin at 9:37.

Ace Austin and Madman Fulton are ready for tonight’s battle royal to determine the entrance order for the Call Your Shot gauntlet match. Neither of them are worried about possibly being #1, because Fulton likes fighting a bunch of people at once.

Here’s what’s coming tonight and at Bound For Glory.

Tasha Steelz is here with Evans. Frost strikes away to start and is easily sent into the corner for a running shoulder to the ribs. The comeback is cut off with a big boot and we take a break with Evans in full control. Back with Evans hitting a Samoan drop but Frost manages some running shoulders in the corner. That earns Frost a heck of a clothesline, setting up a full nelson slam to give Evans the pin at 7:39.

Post match here are Deonna Purrazzo and Matthew Rehwoldt for a chat. Purrazzo is here because she gets to pick Mickie James’ opponent for next week and Evans sounds like a good idea. Evans is down.

Steve Maclin says people don’t know his background but he’ll let us in. Where he comes from, there are people called ribbon chasers and they almost got him killed. Around here, he sees people chasing titles, but he’s going to win the X-Division Title because he wants a target on his back.

Gail Kim recaps Knockouts Knockdown, including the announcement that the IInspiration will get a Knockouts Tag Team Title shot at Bound For Glory. Decay comes in to say they shouldn’t have to defend the titles, but Kim gets a letter from a deliveryman. It’s from the IInspiration, who think it’s nice that Decay gets to share the ring with them. We wrap it up with “if this letter is not read out loud in an Australian accent, please start again from the beginning.” Rosemary is ready for violence and chaos at Bound For Glory.

Brian Myers and Willie Mack are here too. VSK strikes away to start and scores with a fast fireman’s carry backbreaker. A slam into a splash gives VSK two and we’re already in the chinlock. Swann fights up and slugs away, setting up a neckbreaker. The Phoenix splash finishes VSK at 2:59.

Johnny Swinger is still cleaning out Swinger’s Palace but Hernandez comes in to take all of his money. One of the Swingerellas comes up to Swinger and asks him out. That’s a no, and she walks away in tears. Swinger leaves, so here is Chris Sabin to see the place one more time. Swingerella #2 (or Riley) says she likes him but his love is the wrestling ring. She leaves, so Sabin sits down and we get a montage of moments from the Palace.

Heath comes in to see Scott D’Amore and is ready to sign his contract. One thing though: he wants his first match to be at Bound For Glory and wants to team with Rhino against Violent By Design. D’Amore doesn’t think Rhino is interested, but Heath will fight by himself is Rhino doesn’t show up. That’s good enough for D’Amore and the contract is signed.

The Bullet Club and FinJuice are here too. Feeling out process to start with Sabin shouldering him down and grabbing a quickly broken armbar. They fight over armdrags and that means an early standoff. The guys on the floor almost get into a fight so the referee tosses them before anything can happen.

We settle down to Sabin grabbing a snap suplex for two but Bey ties him in the ropes for a middle rope elbow. Another elbow gets two on Sabin, setting up a top rope clothesline for the same. The chinlock goes on but Sabin fights up and scores with a pretty hard kick to the chest.

A rolling fisherman’s buster (as in a fisherman’s suplex but Sabin rolls through and hits a buster) gets two on Bey, who kicks him in the head again for another near fall. Back up and they trade clotheslines for a double knockdown. They slug it out until Bey loads up a rolling…something, only to get kicked out of the air. The Cradle Shock finishes Bey at 12:07.

Trey Miguel is ready for the X-Division Title match and has already beaten a few people. Cue one of those wrestlers in Alex Zayne, who says Miguel never beat him. That’s fine with Miguel and a match is made, for some reason with an allegory about a chicken sandwich.

The Good Brothers are still on vacation and are ready to be back at Bound For Glory. Now get them some opponents already.

The winner is #20 in the Call Your Shot gauntlet but the runner up is #1. Moose tosses Alisha in a hurry and Swinger eliminates himself to get away from Lauren and Lee. Austin hides behind Fulton and Cardona tosses Williams. Cardona can’t eliminate Myers as the Learning Tree catches him for the save, only to have Ellering kick Myers out instead. Kid is tossed with Taurus and Hernandez following. There goes Rehwoldt, followed by Ellering and Singh. The ring is getting cleared out a bit and we take a break.

Back with a bunch of brawling and near eliminations until Austin kicks Something out. Fulton shrugs off some mist and helps Austin get rid of Lauren and Lee. Cardona takes too long loading up a running boot and gets tossed, leaving us with Moose, Morrissey, Fulton, Austin and Sabin. Fulton gets the better of a brawl between the giants until a double big boot knocks him out.

We take another break and come back again with Fulton saving Austin from an elimination. Austin tries to get together with the monsters, who toss him out in a hurry. Sabin manages to low bridge Moose to the apron and kicks the leg out, leaving us with two. A missile dropkick puts Morrissey down but Moose pushes him back over the top. Morrissey unloads on Sabin before tossing him out for the win at 19:38.

The ropes have been taken down and we get a sitdown interview between Christian Cage and Josh Alexander. Christian talks about how important it was to win the title back because he spent so many years out of the ring due to his injuries. Alexander talks about how much the X-Division means to him but now he wants to make it mean even more by winning the World Title. He doesn’t have a single regret about the decision he made and is ready for Bound For Glory.

Christian sees the fire in Alexander’s eyes but no one thinks in the ring like he does. Alexander grew up watching Christian and is a huge fan but at Bound For Glory, Alexander is the wild card. Christian knows what it takes to be on this stage and it’s going to be sink or swim, which Alexander will learn soon. He’s a fan of Alexander, but we see a clip of a fan asking if Christian would like to face him, and Christian doesn’t know who Alexander is. Alexander storms off to end the show. 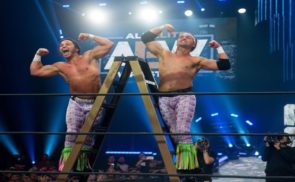 AEW Has Several Contracts Expiring Within The Next Year 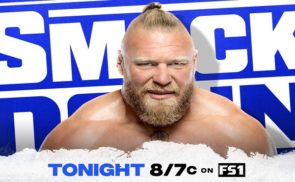