The company is running out of tapings but what makes this more interesting at this point is having to get ready for the TNA There’s No Place Like Home show. That’s kind of a problem as the show is not taking place, but we still need to get ready for it. I’m not sure what we are going to be seeing, but they don’t have many weeks left. Let’s get to it.

Ethan Page is here with Alexander. They strike it out to start with Alexander getting the better of things and choking on the rope. That earns him an overhead belly to belly from Eddie but Alexander forearms him in the face a few more times. It’s time to head outside with Eddie nailing a clothesline but a Page distraction lets Alexander score with a big boot. Back in and the Eddie chants start up as Madison keeps talking about her past successes.

A clothesline gets Eddie out of trouble and he sends Alexander to the floor for the suicide dive. The Blue Thunder Bomb gets two back inside but the Backpack Stunner is countered into a spinning torture rack slam. Both guys tear their shirts open to chop it out with Eddie getting the better of things. A tiger bomb gets two on Alexander but a Page distraction lets him roll Eddie up for the pin at 9:35.

Post match the North beats Eddie down but Tessa Blanchard runs in for the save.

The North doesn’t like Tessa getting involved and Page wants her tonight.

This is Rae’s singles debut. Golden jumps her from behind to start and the stomping is on in the corner. A missed charge lets Rae hammer away though and a small package gets two. Rae’s low superkick gets the same so she Russian legsweeps her into an STF for the tap at 3:24.

Post break, Rae is very happy to be here in her new home. She has officially signed a contract with Impact.

Here’s Moose to brag about how awesome he is but Kid Kash of all people interrupts to say Moose wouldn’t make it in the original TNA.

Kash sends him outside early on but it’s No Jackhammer Needed back inside for the win at 1:03.

XXXL (Larry David and Acey Romero) are ready to crush people. TJP and Fallah Bahh come in with some Filipino food as a welcome gift. A match is teased.

We get a satellite interview with Rich Swann. He injured himself a few months ago and recovery has been very hard. As for Willie Mack, Swann is excited for his chances at Rebellion but here’s X-Division Champion Ace Austin to interrupt. Ace says it was Mack’s fault that the team never took off. If the tables were turned, Swann would be there by Mack’s side, but where is Mack? Swann blows it off because Mack is coming for the X-Division Title. There’s a knock at Swann’s door and it’s Reno Scum, apparently for a beatdown.

Post break, Mack has to be held back from killing Austin.

Here’s Sami Callihan for a chat and he sees everything. He’s done some soul searching after losing the World Title to Tessa Blanchard, but now people have a question for him: why did he throw a fireball at Ken Shamrock? See, his issues are with the entire wrestling world. In, ahem, OTHER, wrestling companies, legends come in and get pushed down your throats. If Shamrock wants a push, he can go through Sami first. Shamrock can break ankles but Sami hits them with baseball bats and sets them on fire.

Cue Tommy Dreamer to interrupt. Sami: “Whoopdedoo, Tommy Dreamer is offended again.” Sami says it’s no surprise that Dreamer is here because he always shows up when anyone gets something going. He offers to pose with Dreamer for a picture so people can tag it with “Hardcore Legend” so Dreamer can feel important again. Dreamer rants about all of the legends that Sami is disrespecting and the fight is on. Let’s just make it Old School Rules too.

Anything goes. Dreamer posts him to start and it’s already time to throw some chairs inside. Sami picks one of them up and unloads on him with the chair, followed by a plunger to the face because Sami is out there. A cookie sheet to the head slows Sami down so he low blows Dreamer in a hurry. The Bionic Elbow lets Dreamer go to the back to find a garbage can for a running shot to the head. Sami busts out the staple gun so Dreamer grabs an INDUSTRIAL staple gun as we take a break.

Back with the two of them sitting in chairs and stapling each other. Josh: “Madison has anyone ever stapled you?” Madison: “No. I’m a human being.” Dreamer gets the better of it until a drop toehold sends him into a chair. A cutter gives Dreamer two but neither can send the other through two open chairs. Sami sends him into the corner though and now the Death Valley Driver through the chairs knocks Dreamer silly. The Cactus Special gives Sami the pin at 13:14.

Post match the beatdown stays on so here’s Rhino for the save. OVE comes in to go after him but the lights go out and Sami is gone.

Rosemary is still at the bar and offers drinks all around, last mortal standing gets to keep their soul. Rosemary talks to someone about how loving Allie made her weak and now it’s time to make things better. The man turns around and he’s….no one. She’ll take his soul anyway.

Susie is in the back and runs into the Deaners. She liked being Susie, but Su is who she is.

Ryan takes him into the corner to start as Madison is confused by the concept of toxic masculinity. A right hand in the corner doesn’t do much to Cody, who hammers away instead. Hold on though as Cody needs a beer, allowing Joey to rake the eyes. A knee drop gets two and Joey hits Cody with Cody’s hat. That brings Cody back to life and we get the hillbilly Hulk Up. The Deaner DDT is escaped but Jake makes Joey drink beer, setting up the DDT for the pin at 4:00.

Eddie Edwards offers to have Tessa’s back tonight but she’s got this on her own.

Michael Elgin is ready to win the World Title at Rebellion.

Here’s what we get next week.

Non-title and Josh Alexander is here with Page. Tessa doesn’t like being patted on the head to start and Page makes it worse by pulling her off the top. Page takes her down into the corner but Tessa slugs away, only to charge into a boot. Some knees to the back and a stomp to the stomach keep Tessa down and a delayed suplex does the same.

Tessa can’t fight out of a backbreaker but she can hit a standing Sliced Bread #2. The suicide dives to the floor hit Page and a tornado DDT gets two. Page kicks her in the face for two more but Tessa gets up top. Alexander tries to offer a distraction but here’s Eddie to cut him off. Magnum finishes Page at 9:19.

Post match here’s Michael Elgin to go after Tessa and Eddie but the knock him to the floor. A triple staredown ends the show. 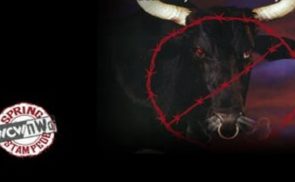 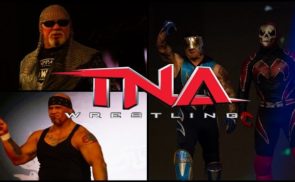