We’re less than a month away from the biggest show of the year and somehow the top heel is Dixie Carter. Bully Ray is busy with the rejects known as Aces and 8’s while AJ Styles is being called Mr. Marginal by a woman famous for having a husband named Surge and tweeting a lot. But remember, everything is FINE in this company. Let’s get to it.

We open with the usual recap of last week’s events.

Dixie Carter arrives and blows Sting off, basically telling him to stay out of her business.

Here are Bully and Brooke to get things going. Bully says it’s not easy to take the words out of his mouth but Dixie did it last week. He’s been up every night wondering how he can beat AJ Styles since AJ won the Series. Now it doesn’t matter though as Dixie is inside AJ’s head. AJ should be kissing the ground Dixie walks on for making him phenomenal. Ray stops to ask if we know who he is and here are the remaining Aces and 8’s.

Knux does the talking and says the same thing he said last week: Ray needs to stop thinking about his ho and start thinking about his bros. Ray says he’s the president and the rest of their patches should just say lackey. They need to fall in line and remember what he did to the former members of this club. Tonight it’s Main Event Mafia vs. the three of them and if an Ace loses, they’re out of the club.

Joseph Park is shaving while singing Sweet Caroline when Eric Young and ODB come in. Eric says Park needs to use a safety razor to prevent the civilians in the back.

This is a result of Robbie getting beaten by both Young and Park in a combined 12 seconds last week. The girls start but it’s off to Robbie vs. Joseph before there’s any contact. Robbie can’t slam Joseph so Park slams him down for one instead. Jesse and Gail slow Joseph down before the Mans send him into the buckle. Jesse hits a good looking dropkick and avoids a seated senton from the big man. Robbie’s middle rope elbow gets two but Park comes back with something resembling a Samoan drop.

The referee misses the hot tag to Eric and it’s Gail in to get in some cheap shots. Back to the guys who are clotheslined down by Joseph, allowing for the hot tag to Eric for some house cleaning. Everything breaks down and ODB sends Gail to the ramp. Robbie pulls back to hit ODB so she shoves his face into her chest. Eric hits a Death Valley Driver on Jesse, setting up a middle rope splash from Park, a top rope elbow from Eric and a splash from ODB for the pin at 6:26.

Austin Aries says he’ll tell everyone his plans in the ring.

Here’s Aries with something to say. He says it was just a year ago when he was headlining Bound For Glory and even though he’s not doing that this year, he’s still the main eventer. This brings out…..Kenny King? Kenny says he’s tired of hearing everything Aries is talking about when it was Kenny King making headlines last year when he became X-Division Champion. Then the headlines changed to King being ripped off by Frail Sabin. He was ready to get his belt back but then someone got in the Manik costume and stole the X-Division Title.

That would be Austin Aries, who hasn’t been the future or Generation Next (ROH reference) in about ten years. Now it’s Kenny King’s time but Aries cuts to the chase by saying he’s ready right now. King says that just like Hilary Clinton says before she takes her clothes off, “you don’t want none of this”, before decking Aries. Austin fights him off and says let’s do it right now so here’s a referee. Aries doesn’t wait and dives at King on the ramp to start the match after a break.

Back with Aries pounding away on the floor before heading back inside, only to be taken down by a leg drop and caught with a jumping elbow in the corner. King is busted open BAD, likely off something on the floor. Aries comes back with chops and an atomic drop before rolling over King’s back to set up a release STO. The pendulum elbow but King spins out of the brainbuster. Aries loads up the 450 but King comes back with a super Tazplex for two. Austin shrugs it off and hits the running dropkick and the brainbuster for the pin at 5:00.

Lei’D Tapa is coming.  It still should have been Ivelisse.

Chris Sabin brags to Austin Aries about being greater than the greatest man that ever lived. Velvet still looks uncomfortable. Sabin and Velvet leaves and Aries says he’d like to test Sabin’s theory.

We recap the end of Ray/Aces and 8’s from earlier.

The Mafia is getting ready but Magnus is frustrated by EGO. Sting tells him to calm down and focus on the bikers tonight.

We get a quick recap of AJ vs. Dixie from last week.

Here’s Hogan to make everything better while also taking a bunch of money and not really improving anything. Hogan talks about being here for about four years now and being GM, meaning he’s in charge of the day to day operations of this show. You never air your dirty laundry in public, and that’s what’s happening with Dixie and AJ. The fans seem to think AJ Styles should stick around and Hogan wants AJ out here to hear that himself. No one comes out so Hogan says we’ll do this later.

Kurt Angle is back at BFG.

Someone named ETHAN is coming.

Manik is defending and gets a quick two off a cross body. Sabin jumps over him in the corner but goes down grabbing his knee. Sabin limps around the ring and leans on Velvet for help, allowing Manik to become the stupidest man in wrestling by falling for it. The distraction lets Sabin pop up to the apron and kick Manik in the face to take over. Back in and Manik jumps over Sabin in the corner before putting on something like a Sharpshooter’s mentally disabled cousin.

A middle rope missile dropkick staggers Chris before Manik busts out kicking combination #6 and a standing flip attack gets two. Velvet’s distraction lets Chris get two off a rollup but Manik catapults Chris into the corner. Back to the same leg lock from earlier from the champion but Chris reaches out for the ropes, only to grab Velvet’s hands. He drags her inside but the distraction lets Manik counter a rollup into a pinning combination for the pin at 5:43.

Sabin pounds on Manik until Aries makes the save. Velvet looks shocked at what Chris was doing.

Garrett Bischoff tells Aces and 8’s to keep it together.  Knux is ready to go.

Kurt Angle is still back at BFG. That hasn’t changed in the last 20 minutes. Here’s the same video in case you were confused though.

EGO thinks they should be in the Hall of Fame and suggest they should make sure Magnus loses again tonight. Bad Intentions laughs maniacally but Roode just stares at them, refusing to join in. Daniels: “That’s how villains laugh. Come on Bobby.” Roode walks away. Funny stuff.

If the Aces lose, whomever loses the fall is gone. Magnus pounds away on Knux to start but Garrett comes in to be suplexed. Knux and Brisco immediately dive in for the save and everything breaks down. Cue EGO to beat up Magnus who is left holding his knee, making it 3-2 for the time being.

Back with Sting still in trouble and Magnus not on the apron. Knux chokes on Sting a bit and it’s off to Brisco for a chinlock. Sting finally fights up and dropkicks Wes down and there’s the hot tag to Joe as the Aces are all taken down. The backsplash gets two on Brisco and everything breaks down. The Stinger Splash crushes the bikers and there’s the Clutch on Brisco for the submission at 10:07.

Post match Ray comes out and demands Wes’ cut but he won’t give it up. The fans chant NO, so Bully orders Garrett and Knux to take the cut off of Wes. They hesitate so Ray yells at them and lays out Wes himself with a clothesline and a piledriver. They’re told to take the cut off again or Ray will piledriver Brisco a second time. Knux and Bischoff begrudgingly do what Ray says. Bischoff holds the cut out to Ray but Bully wants Knux to hand it to him. Ray tells Knux to not let the people get in his head before handing him the cut. Knux and Bischoff pick up Brisco….and we need to watch Hogan walking in the back.

Hogan is in the ring to call out AJ with his double theme music. Hogan has a long term contract for AJ to sign but AJ doesn’t look happy. He picks up the pen and finally signs, saying he’s TNA’s. This brings out an overly smiley Dixie Carter who talks about why she signed Hulk. He was brought in to open doors and that’s exactly what he did. She’s very grateful but Hogan is just an employee. Dixie makes fun of AJ Styles’ accent and rips up the contract, telling AJ can get out of his ring.

AJ leaves so Dixie goes on a rant about how no one knows how tough she has it. She knows how tough it is because she’s in the 1% of people that get to make decisions like she does. Yes, they’re seriously going with this story. Hogan now has a week to fall in line and join Team Dixie or else.

This concludes our live coverage of Impact Wrestling.  Make sure to join us on Friday night for Smackdown at 8PM EST. 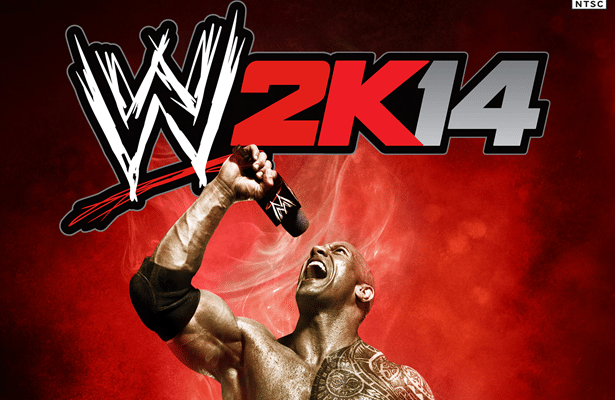