WE Hall of Famer Tammy “Sunny” Sytch recently sat down with the hosts of VOC Wrestling Nation and talked about a number of different topics. Sunny opens up about her arrests, incarceration, her wrestling career, today’s WWE Divas, and more. Below are some of the notable quotations from the interview.

On being inducted into the WWE Hall of Fame:

“When I got the phone call I had no idea what was going on. I was packing for a vacation in Mexico. It was a Monday night at 9:30 and Johnny Ace called; I thought it was really odd that Johnny would call me during the show. About 15 minutes into the call, he asked me to turn on RAW; at the time, they were announcing Shawn’s induction into the Hall of Fame. He then told me that he was talking to Vince and they wanted me to be the second inductee. I cried for about 3 minutes. It was January 10, 2011 that I was told I was going to be inducted. They made me wait 2 months and told me I wasn’t allowed to tell anybody. I can’t keep secrets as it is. Everything that company does is a test, and I think they did it on purpose. I was the second person that they told, and I was the second to last to be announced.”

On being the first WWE “Diva”:

“Timing is everything. When I got there, there was no platform for girls at all: It was Miss Elizabeth standing there silent, or Sherri Martel and Alundra Blaze wrestling. I had to show the company that you can put all of this responsibility on a girl. Back in 1996 I was the first person other than Hulk Hogan that was doing mainstream interviews as a wrestler. Before me, Hogan was the only person that made it to Hollywood gossip and news shows. Would I have loved to do more? Sure, but we didn’t have the platform at that time.”

On how she got into the business:

“Believe it or not, my first paying job in the wrestling business was for Bill Apter at Pro Wrestling Illustrated. I was 17 years old and just out of high school, and I was going with Chris to his shows and taking pictures and videos of his matches for his own use. I don’t know how, but Bill Apter got hold of my pictures one day and he loved the way I shot. I would use my own money to travel to the shows and develop my pictures, and Bill would pay me $10 a shot. But at least I got the credit for it and it got me started (in the business). Bill loved all of us eager young photographers.

On being arrested in a domestic dispute:

On DDP Yoga and DDP himself:

“All he did in WCW back in 2001 was ramble about yoga. Back when I was in WCW, the whole locker room used to make fun of him. Before the shows he would be out at ringside with his yoga mat doing his yoga every single night. The boys used to make fun of him and rip him to shreds, and now he’s turned it into an empire. It’s funny.”

“With the exception of Nattie Neidhart, heart and passion for the business is missing. Nattie is in the business because she loves the business, not because she’s using it as a stepping stone for something else. The others, look what happens when their contract expires: They look for work in TV. In the Divas search, they didn’t even know who Kamala was. Passion and heart is missing, even from a lot of the guys. (There are very few guys with passion) Chris (Candido) had passion, CM Punk has passion, and Daniel Bryan has it too.”

You can find the entire interview at VOCNation.com. 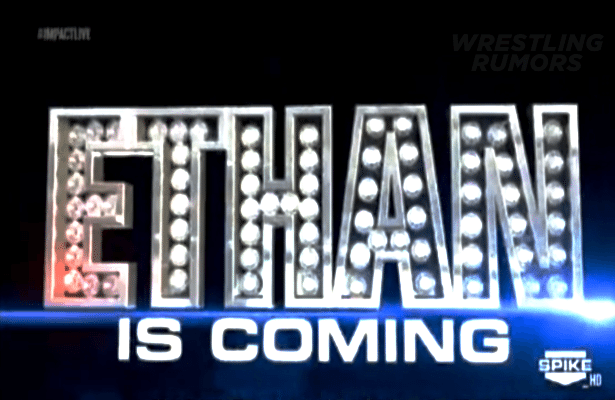