After last week’s great match between Zayn and Cesaro we’re needing a new #1 contender. We’ve seen a showdown teased between Sami and Dallas for awhile now so that might be the best possible option. Either way NXT is capable of coming up with some good programs out of nowhere and odds are they can do it again here. Let’s get to it.

We open with Corey Graves in the back when Rick Victor of the Ascension comes up. Victor talks about how Ascension will rise when Conor O’Brian jumps Graves and crushes his ribs with a piece of the metal set. It’s about time Ascension went after the tag belts.

Breeze stands in the corner tonight while CJ Parker dances at him. The fans chant that Breeze is gorgeous and there’s no contact in the first minute. Parker goes after Tyler’s phone, drawing Breeze in to attack him. Tyler dives to the floor to avoid a kick to the gorgeous face and draws in Parker for some shots to the back.

A knee drop gets one for Tyler and it’s time for a picture. Parker picks him up in an airplane spin of all things and a backsplash keeps Tyler in trouble. Two running knees in the chest stagger Breeze but he drops to the mat to avoid another punch. While down there he gets the phone to knock out Parker for the pin at 3:19.

Result:Tyler Breeze b. CJ Parker – Pin after hitting Parker with a phone (3:19)

Emma says her guaranteed title shot is going to have to wait because she wants to beat up Summer Rae. Then she’s going to blow some bubbles and play some Dance Dance Emmalution. Renee Young: “That’s not a thing.” Emma: “Sure it is you silly rabbit.” Emma is rapidly reaching the too cute for words level.

Tyler Breeze has LEFT the building.

Emma brings the bubble juice to the ring with her because she’s awesome like that. Emma takes her down by the leg to start but Summer rolls her to the ground and rams Emma’s head into the mat. Emma slips out and slams Summer down for some dancing and a two count. Summer’s face is rammed into the mat a few times but she kicks away from the Dilemma (Tarantula) and takes over.

Rae gets in a kick to Emma’s shoulder and splashes the arm for two. Summer puts on a full nelson with her legs (cool move) but Emma leans back into a near fall for two. Back up and Emma avoids a charge in the corner and puts on the Dilemma (minor ECW chant) followed by a low running cross body for two. Summer is catapulted out of the corner as we go back to the 80s, setting up the Emma Lock (Bridging Indian Deathlock) for the tap out at 4:26.

Post match Summer jumps Emma and pours the bubble juice in her eyes for a good old fashioned blinding angle.

Enzo Amore and Colin Cassady get in an argument with Scott Dawson and Sylvester LeFort over who is going to get revenge on Mason Ryan. Dawson asks LeFort when he gets paid again. LeFort: “When you win a match.” Dawson: “…..oh.” Anyway it looks like we’re getting Dawson against Enzo later.

Sasha Banks gets on Summer for what she just did but Summer does her stuck up thing, saying Summerslam was named after her and that she’s a Raw and Smackdown Diva. Sasha can’t even get on NXT so she should be following Summer. Rae brags about how awesome it is to be in the WWE and laughs at Sasha for being stuck down here. Sasha needs to get it together before her match with Paige in two weeks. This sounded like Summer was leaving and a tease of a heel turn for Banks.

Enzo continues his awesome over the top heel schtick by saying he and Cassady got a dime every time they were beaten up as kids, meaning they have ZERO dimes. And they are NOT S-A-W-F-T! The fans of course eat it up with a spoon. Enzo grabs a quick headlock to start but a LeFort distraction allows Dawson to take him down by the hair. Scott drapes him over the top rope and drops a knee for two. Enzo escapes a slam and headscissors Dawson down as Alexander Rusev comes down to jump Cassady. Dawson uses the distraction to hit a quick belly to back suplex (almost an Angle Slam) for the pin at 3:11.

Video on Zayn vs. Cesaro from last week.

Here’s Sami with something to say. He thanks the fans for chanting Match of the Year but Sami is conflicted about the match because it was great but he lost. The fans want one more match but Renee wants to know what’s next for Zayn. Sami flirts with Renee a bit before saying he wants to be NXT Champion. Cue Bo Dallas who says that a few fans on the internet liking a match doesn’t mean he’s title worthy.

Zayn says he’ll take it from here and wants to know why Bo is out here. Dallas says Sami injured him at Summerslam Axxess because Sami is just so green. Sami calls Bo delusional but Dallas says everyone loves him. Zayn: “They’re booing you out of the building.” Bo: “They’re chanting Bo!” Now the fans chant Boo and Sami accuses Bo of being scared. This brings out Colter, who accuses Zayn of being a border jumper. Swagger runs in from the other side of the arena and beats Sami down. I love Zayn’s presence out there and you can easily tell the difference between rookies and people who know how to handle themselves.

We get a video on the NXT guys at Summerslam Axxess. John Cena praises Adrian Neville.

Neville is in the match due to the attack on Graves earlier tonight. O’Brian shoves him into the corner to start so Adrian tries to speed things up a bit, hitting a spinning cross body out of the corner for two. Conor slugs him down with ease and Neville is in trouble as we take a break. Back with Conor missing a charge into the corner, allowing Neville to get in some strikes to stagger him. Neville clotheslines him on the top rope but his cross body is caught in a slam for two. O’Brian misses another charge in the corner and Adrian gets two off a belly to back. Neville goes up and hits a 450 for the completely clean pin at 5:25.

Post match Victor comes in for the beatdown until Graves comes out with taped ribs, only to be beaten down as well. Ascension stands tall to end the show.

Tyler Breeze b. CJ Parker – Pin after a phone shot to the head

Scott Dawson b. Enzo Amore – Belly to back suplex

Remember to follow me on Twitter @kbreviews, check out my website at kbwrestlingreviews.com, and pick up my new book of Complete 2001 Monday Night Raw Reviews at Amazon for just $4 at: 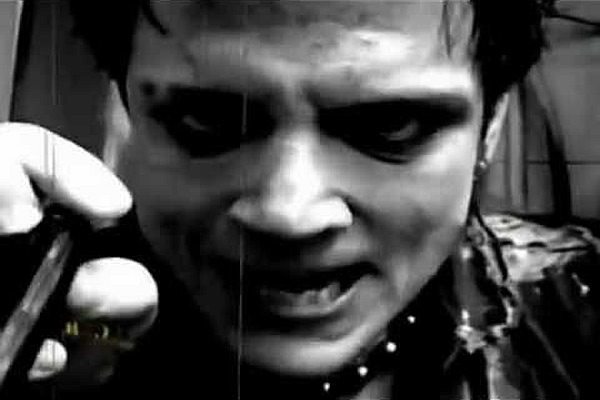 Sami Callihan Reveals His NXT Name to Be Solomon Crowe