That’s a big hint. There are several ways to debut a new star and some of them can be quite unique. It can be interesting to see a tease of a new star coming to a promotion, but there are also times where someone appears without letting us know who it is. That took place earlier this week, but now we might have a hint about who we are seeing, even if they haven’t given us anything concrete.

The end of this week’s edition of SmackDown saw the debut of Uncle Howdy, who had appeared before but never identified himself. The shot of Uncle Howdy’s face did not make his identity clear, but we might have a hint. Uncle Howdy could be seen wearing a cross earring, which had previously been worn by former NXT Champion Bo Dallas. This is not confirmed, though Dallas has been rumored to be returning to WWE to be involved with Wyatt’s story.

Opinion: Dallas would make sense for this spot, though I’m not sure if that is where WWE is going. With the amount of details that have been put into the Wyatt vignettes, this seems to be a bit too much of a mistake for us to not see. Maybe that is the point, but now we get to wait and see who Uncle Howdy is going to be, which could take quite a while to be revealed.

What do you think of the idea? Who do you want involved in the story? Let us know in the comments below. 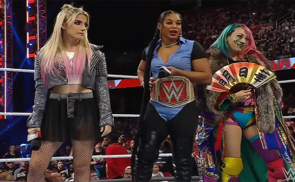 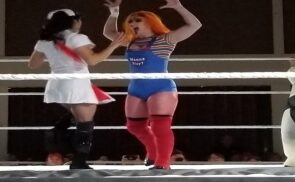