Welcome back! There have been a lot of stars to come through the WWE’s doors over the years and it can be quite a moment when someone leaves. There are some departures that can shake up the company, while others leave without getting to prove themselves well enough. Occasionally those stars will get to make a return and that is the case again with a long departed star.

Emma made a surprise return this week on SmackDown, marking her first appearance with the company in just under five years. Emma answered Ronda Rousey’s open challenge for a SmackDown Women’s Title shot, ultimately losing via submission. This was Emma’s first appearance for WWE since October 2017. She previously wrestled in WWE and NXT from 2012-2017 and has stayed on the independent circuit since, plus a stint in Impact Wrestling.

Opinion: I’m glad to see Emma back as she is someone who could be put into the middle of the card to fill in a spot. She has the talent and charisma needed to be interesting and I could go for having her around. If nothing else, it was nice to have someone as an actual surprise answering an open challenge, because you don’t want to run through a top challenger for Rousey in a match like this.

What do you think of Emma? How will she do if she stays in WWE? Let us know in the comments below. 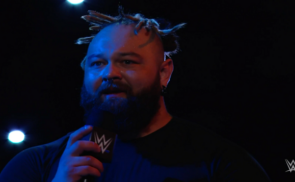 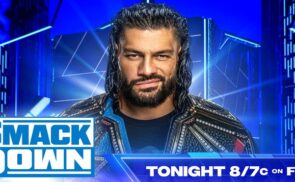