What could have been. There have been a lot of stales in WWE history and some of them do not receive a lot of attention. For every Evolution, there are several more which do not make the biggest impact. That can leave a lot of groups mostly lost to history, but every now and then you see a bit of a reference to one of them. It turns out that was the case last year, but it was not exactly what you would have expected.

In an interview with Fightful Select, former WWE star Alexander Wolfe revealed that several of the original ideas for the Retribution stable was pitched by Sanity when they were called up to SmackDown in 2018. Several of the same ideas are now being used by Eric Young, the former leader of Sanity, in his Violent By Design stable in Impact Wrestling. Sanity was part of WWE from April 2018 until April 2019.

Wolfe was part of the Sanity stable along with Young, Killian Dain, Nikki Cross and Sawyer Fulton, the latter two of whom did not appear with them on SmackDown. The team began in NXT in October 2016 and went on to win the NXT Tag Team Titles. They did not have the same success on SmackDown, where they lost their first match and then barely appeared on television for several months. They were eventually split in April 2019, shortly after losing to the Miz in a handicap match. Wolfe left WWE when the company allowed his contract to expire.

Who did it better? Check out all three stables and what they did in their time: 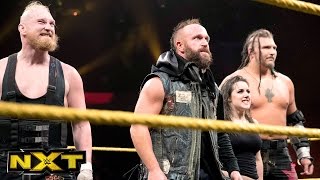 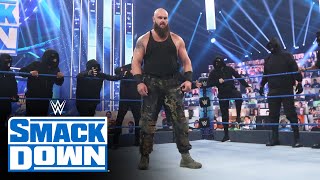 Opinion: This is one of those situations where you might not notice it at first but once you think about it, you can see what happened. I’m not sure what Sanity could have done on the main roster, but they were never given the chance. Unfortunately the same thing was true for Retribution, as both stables were cut off at the knees before they had a chance to really go anywhere. Such is life in WWE and that is quite the shame at times.

What did you think of Sanity? What could they have done on the main roster? Let us know in the comments below. 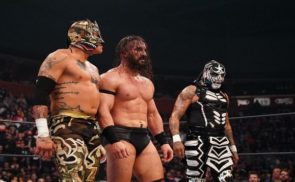 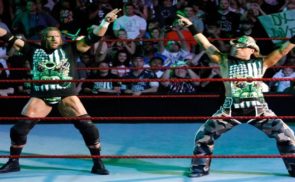