He’s saying never. Wrestlers have a strange career trajectory as they have to get out of the ring one day, but it is easy for them to stick around for one more match. Several wrestlers over the years have done just this for a very long time, but there are others who are able to get out of the ring for good. It might not be their choice though, and that seems to be the case again.

AEW’s Sonjay Dutt appeared on the AEW Unrestricted podcast to discuss his current role in the company and his own career. Dutt mentioned that he now works full time behind the scenes for AEW, as well as acting as Jay Lethal and Satnam Singh’s on-screen manager. As for wrestling a match, Dutt said there will be “zero chance” that he will ever wrestle again. Dutt mentioned that he had a variety of physical issues that were keeping him out of the ring. Dutt’s most recent match took place on December 28, 2017.

Opinion: It’s nice to see someone with this kind of a perspective on wrestling, as well as someone who has figured out another career besides getting in the ring. Dutt seems to be a person who can offer some help behind the scenes and that is a very valuable ability to have. It helps that a lot of the locker room has probably worked with him before so he is hardly a stranger. Good for Dutt for figuring this out, as it is more than a lot of people can do.

What do you think of Dutt? Who else could be a help backstage in AEW? Let us know in the comments below. 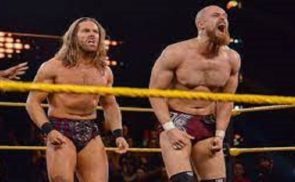