Hand It Over: Record Setting Title Reign Comes To An End In Upset

The gold it is a changing. There are a lot of titles in the wrestling world and some of them have a unique setup that allow for some variation. It can be nice to have something different, as you can only do so many things with a standard championship format. One of those titles changed hands this week, with a record setting reign coming to an end after a bit of an upset.

The main event of this week’s NXT UK saw Mark Coffey defeat Noam Dar to win the NXT Heritage Cup. Coffey defeated Dar two falls to one in the sixth and final round. The win ends Dar’s reign after 259 days, the longest in the title’s history. Coffey’s title win marks the first singles title win of his NXT UK career, though he is a former NXT UK Tag Team Champion with Wolfgang.

Opinion: This is something that had to happen and it makes sense given Gallus’ issues as of late. Coffey winning the title opens up some doors for him as he wins something of his own and might even set up a title match against his brother Joe down the line. Dar should probably be going after the United Kingdom Title now, as it isn’t like there is anything else for him to do. 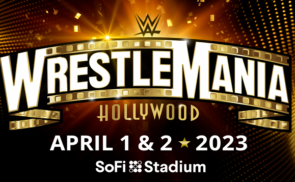 It’s Early Yet: WWE Announces The Beginning Of WrestleMania 39 Season