Not so fast. WWE has been around for a very long time and the company’s history can be broken up into various sections. Some of these are a lot more well defined than others, but there are some that are among the most popular and successful times the company has ever had. This week, a story broke suggesting that we might be moving a bit back towards one of those eras, but that may have been jumping the gun.

On Thursday, Andrew Zarian reported that a USA Network memo announced that Monday Night Raw would be rated TV-14 again starting on July 18. However, Zarian has since updated the story, saying that while the memo was correct, it was sent out early, meaning that the date of the TV-14 rating is currently up in the air. Fightful Select is reporting that Zarian’s update is accurate. There is no word on what kind of content a TV-14 show would contain.

There was a memo within USA Network that went out this morning regarding WWE Raw changing to TV-14 on July 18th.Apparently that was sent out prematurely and the day was not finalized.

Opinion: This is one of those things that WWE fans have been begging to see for a very long time now and I’m not sure how well it is going to go. You can have all of the level of content that you want and it won’t matter if the presentation doesn’t improve. WWE has some incredibly talented wrestlers but their shows are going to be the same length and that is going to cause some problems, no matter what the wrestlers are allowed to say.

What do you think of the potential change? Who would benefit from it the most? Let us know in the comments below. 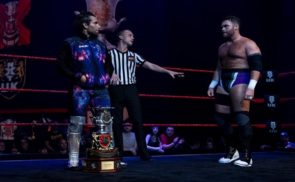