It Suits Him: Big E. Getting Special New Role In WWE

It’s something else to do. Back in March, Big E. suffered a broken neck during a botched spot in a match on WWE SmackDown. Big E. has since spent months recovering and likely has several more months before he is close to being ready to returning to the ring, assuming he ever does. While he is still recovering, WWE has something else for him to do for the company.

Big E. was interviewed by ESPN and revealed that he will be helping scout talent evaluations at the upcoming tryout camps in Nashville, Tennessee over Summerslam weekend. This will include working with Triple H, who will be helping to run the tryout. This will be Big E.’s first official appearance with WWE since his injury and it is not clear if he will continue in the role after Summerslam weekend.

Opinion: That is very good to see as Big E. was injured through a freak accident and could have been in a much worse situation. It is great to see him getting to do something else in WWE, as it might be great for his mental state if nothing else. Big E. was a popular star who has been in WWE for a long time now so it makes a lot of sense to get his input in something like this.

What do you think of Big E.’s new role? What should he do if he gets back in the ring? Let us know in the comments below. 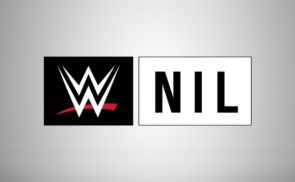