That’s a quick turnaround. Injuries can be a horrible thing to see in wrestling as you never know when you might see a wrestler again. Some injuries can be far more devastating than others but the bigger question is how long they are going to be out of the ring. It can be fascinating to see someone making a comeback, and now we might be seeing someone starting their road back.

SmackDown star John Morrison has posted a new photo to his Instagram showing him training with Kross. While not confirmed, this would suggest that Kross is already recovering from his injury. At the moment, there is no word on how long it will be before Kross is cleared to return to the ring. It is also not clear if Kross will return to NXT or come to the main roster.

Kross feels like a star. Check out what he can do:

Opinion: I’m not sure when Kross is going to get back in the ring, but the fact that he is already training for such a return less than a month later suggests that he is going to be back in the ring a little sooner rather than later. Kross hit the ground running in NXT and I would love to see what he can do again when healthy. Never losing the title is a big rub and if WWE doesn’t mess with him too badly on the main roster, he is going to be fine.

What do you think of Kross? What should he do when he returns? Let us know in the comments below. 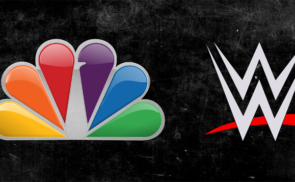