By George they do have a plan. Over the last few years, there have been very few wrestlers either as successful or controversial as Roman Reigns. It has become WWE’s mission in life to turn Reigns into the next big thing in the company and while it has worked well enough for the most part, there has been a little something missing. Now though, WWE is trying something different and it just might work.

Back in August, Reigns returned from a five month hiatus and instantly aligned himself with Paul Heyman, turning heel for the first time on his own in WWE. It marked a new era for Reigns and in a lot of fans’ mind, that is a very good thing. Reigns has become a heck of a villain in a short amount of time and there is no reason to believe that it will be changing anytime soon. However, WWE might have another idea in mind.

According to Wrestlingnews.co, the idea of Reigns’ heel turn is that fans will eventually be impressed by him as a heel and cheer for him, turning him into a babyface naturally. There is no word on the time frame that WWE has for the plans or what will happen to Heyman should this take place. Reigns has already won the Universal Title for the second time, partially thanks to Heyman.

Reigns is on a roll as of late. Check out what he has done since joining forces with Heyman:

Opinion: I’ve heard of worse ideas, but at the same time, WWE has not exactly shown that they know how to make fans cheer for Reigns at such a high level long term. The plan makes sense on paper at least, but the question now is how well will it actually work. That could be hit or miss, but at least we are getting something good out of the evil Reigns for the time being.

What do you think of Reigns? How well will WWE’s plan work? Let us know in the comments below.

VIDEO: What Happened After SmackDown Ended 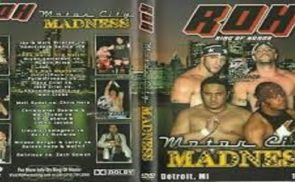 REVIEW: Ring Of Honor Motor City Madness 2006: I Get It