Not so fast? There are a lot of wrestlers who have come and gone from WWE over the years and some of them are bigger names than others. While the majority of them come and go without making that big of an impact, some of them become stars who are going to be remembered for a long time to come. One of them has been rumored to be returning to WWE, but that might have been jumping the gun.

The Women’s Revolution has been a great addition to the WWE as the company suddenly has a new pair of divisions which are viable options to draw in fans. The last few years have seen some major changes but they came after a lot of people put in the work to pave the roads. There have been some talented women in WWE before now, and we have some conflicting reports of one of them returning.

Earlier this week, news broke that former WWE Women’s Champion Melina had signed a deal to return to the company. However, Melina has since responded to the story, saying that she has not signed and talking about how disappointed she was in a false story being written. Melina said that she is open to returning to WWE one day but will only do it when the time is right.

This makes my heart ache because I love my fans so much. I want you to realize that these sites that claim they know…

Melina is an amazing performer. Check out what she can do:

Opinion: Assuming Melina is telling the truth, the hard part is going to be getting people to believe her. It’s still wrestling, and that is going to make some fans always expecting the wrestlers to lie. She gave a rather emotional response to the story and if she has not signed with WWE, I can understand her being upset that someone is saying something like this that isn’t true. I could go for one more Melina run in WWE, but that doesn’t seem to be the case at the moment.

What do you think of Melina? Do you want her back in WWE? Let us know in the comments below. 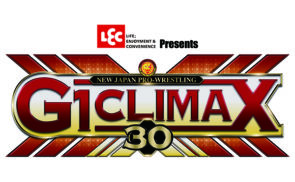