Wrestlemania rematches are your friend. Brock Lesnar and Kurt Angle are two of the most natural rivals in wrestling history. They’re both former amateur champions and while Angle went further than Lesnar in that area, Lesnar also has the natural athleticism and size to make him an even scarier monster. They met in the main event of “Wrestlemania XIX” and naturally that meant a rematch.

That was the case at “Summerslam 2003” when the roles were reversed with Angle facing the now evil Lesnar. Here’s the full match from WWE’s Youtube channel. The match is still worth a watch, even if you haven’t seen it in a good while. It’s a submission and mat based clinic, as only these two could pull off.

Opinion: It’s hard to believe that this was fourteen years ago. Angle and Lesnar are two of the biggest stars of the Ruthless Aggression era and it was always cool to see them get in the ring. They could beat the heck out of each other and then hit the mat for some technical masterpieces if they felt like it. Check the match out and have a good time watching two of the best ever.

Did you prefer this or their “Wrestlemania XIX” match? Who makes the better villain of the two? Let us know in the comments below. 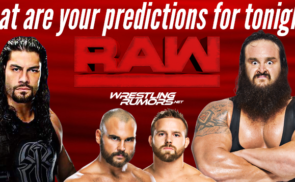 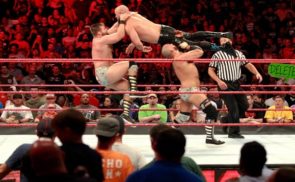