Now normally, a wrestling promotion that has had six weeks of weekly television going into a pay per view would be bizarre but AEW is not your usual promotion. In this case, we have Full Gear, which will be AEW’s third regular pay per view and something that probably shouldn’t be taking place so soon after the debut of Dynamite. The card has been a little bit rushed together, but maybe they can pull off something great. Let’s get to it.

These two actually have a grudge and that makes the match more interesting. Priestly kicked Baker in the head and gave her a concussion during a tag match earlier in the summer so Baker has called her sloppy and unprofessional. There is a natural chemistry to these two and it makes sense to have them fight on a stage like this. Now the fact that a match with a story built over months like this is on a pre-show while a match literally put together during the week is on the main show is a different problem altogether.

The fight isn’t over yet: 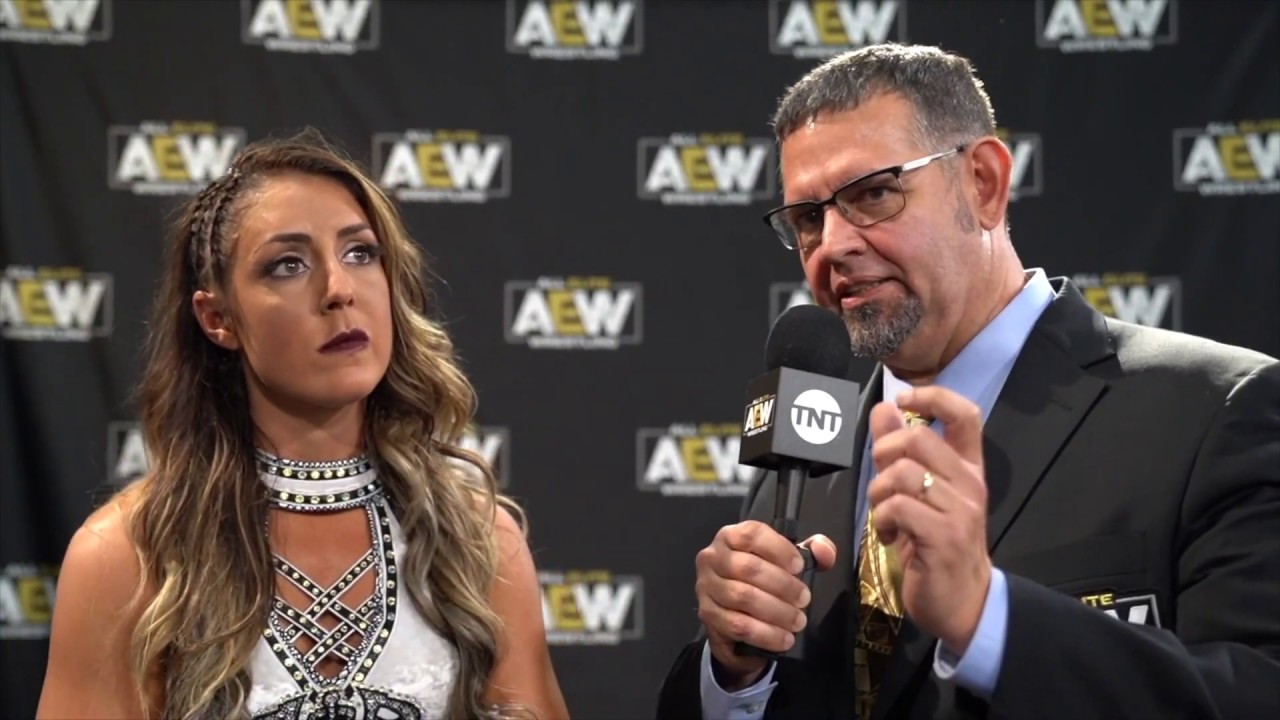 I’ll take Priestly here in a last second change of mind. I’ve talked about Baker’s potential enough because Priestly seems to be an even better prospect. She is one of the more complete performers in the division and I could see her being the top heel very quickly. That being said, there is a completely logical reason to push the heck out of Baker and give her the rocket treatment, but I’ll take Priestly here, who needs the win more than Baker.

Yeah this is happening too and it was literally set up on Dark, advanced on Dynamite and airing on Full Gear. That’s quite the setup over the course of four days but they have thrown together a lot of this card in the span of a few days. Janela is not the most thrilling performer but the fans love him because he was a big star elsewhere. Spears….he’s trying but it’s just not working. Just find a way to be more interesting.

What a weird visual: 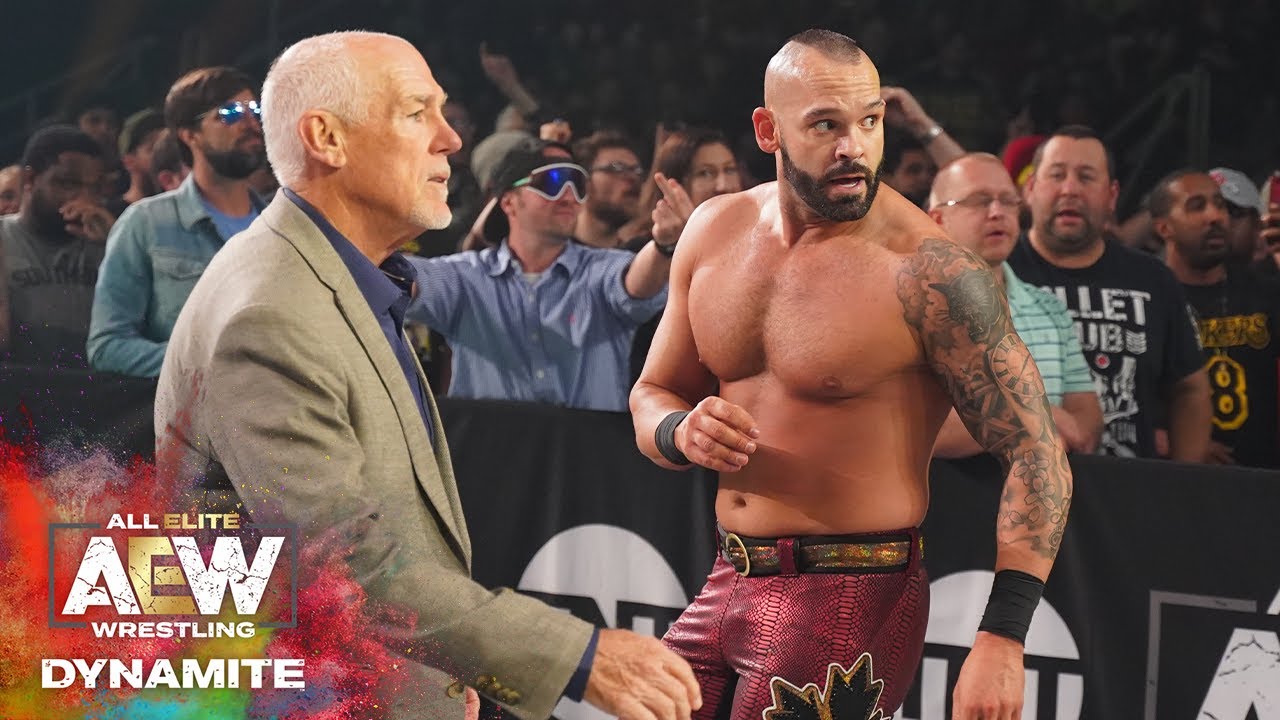 Anyway, give me Janela to win here so the fans can cheer, even if it takes away even more of Spears’ already limited momentum. At some point he needs to win something and while it is possible here (say with manager Tully Blanchard’s help), I’m not sure how much of his AEW career can be saved. The match doesn’t exactly thrill me with anticipation, but at least they’re both on the show.

This is a grudge match after Pac beat Page in the early days of Dynamite. Things have changed a bit since then though as Pac has become a bigger star and Page has become someone who the company can be built around in the future. With so many people running around and both of them getting to look good, I could see this one going either way, but that isn’t what we’re doing here. 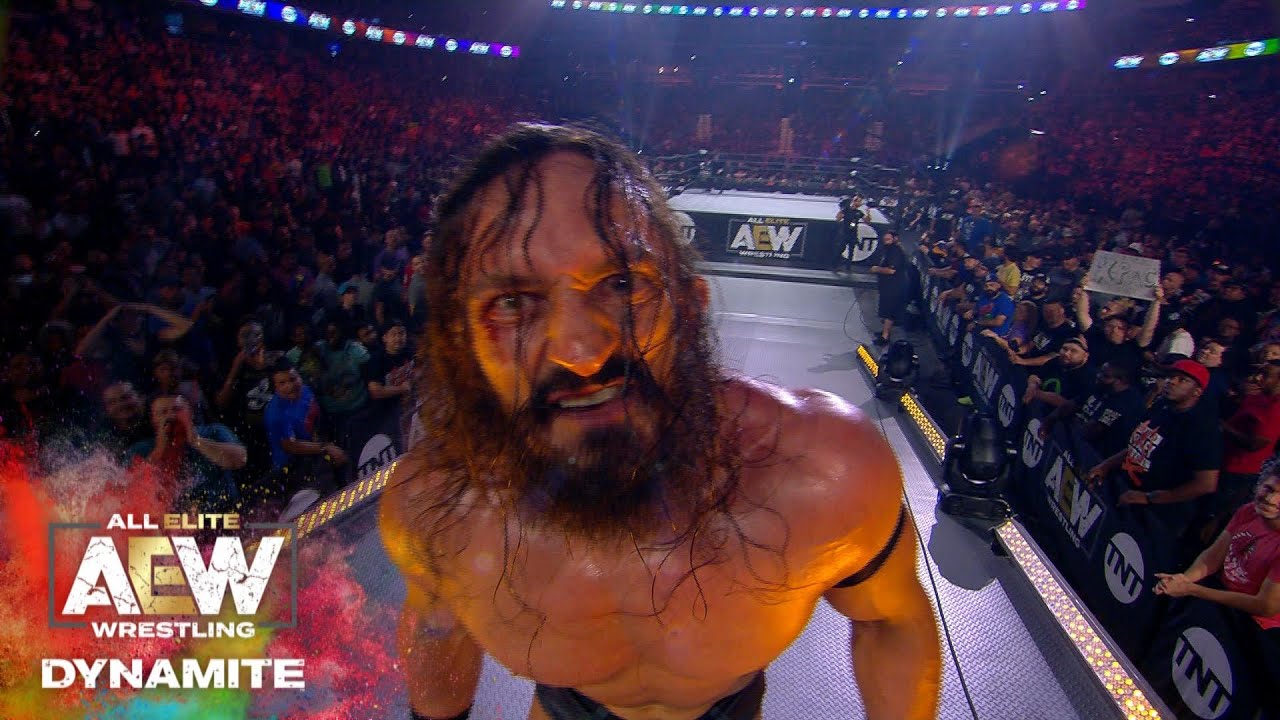 I’ll take Page to win here, preferably by doing some “cowboy s***.” That is the kind of thing that could get him a long way, as could defeating Pac. The slogan is great and if he gets to showcase himself as a result, they are getting somewhere in a hurry. Both guys feel like stars though and under the right circumstances, this could be an awesome match in a lot of ways. But yeah, Page wins.

Now this one got my attention, mainly because of Private Party being added this week. It changed the way the match was being st up and it really did change the way I was expecting the match to go. SCU does not seem like the long form champions but they got something out of being the first champions. Now they can drop the belts to someone and then chase the titles without actually getting them back.

These guys speak for themselves: 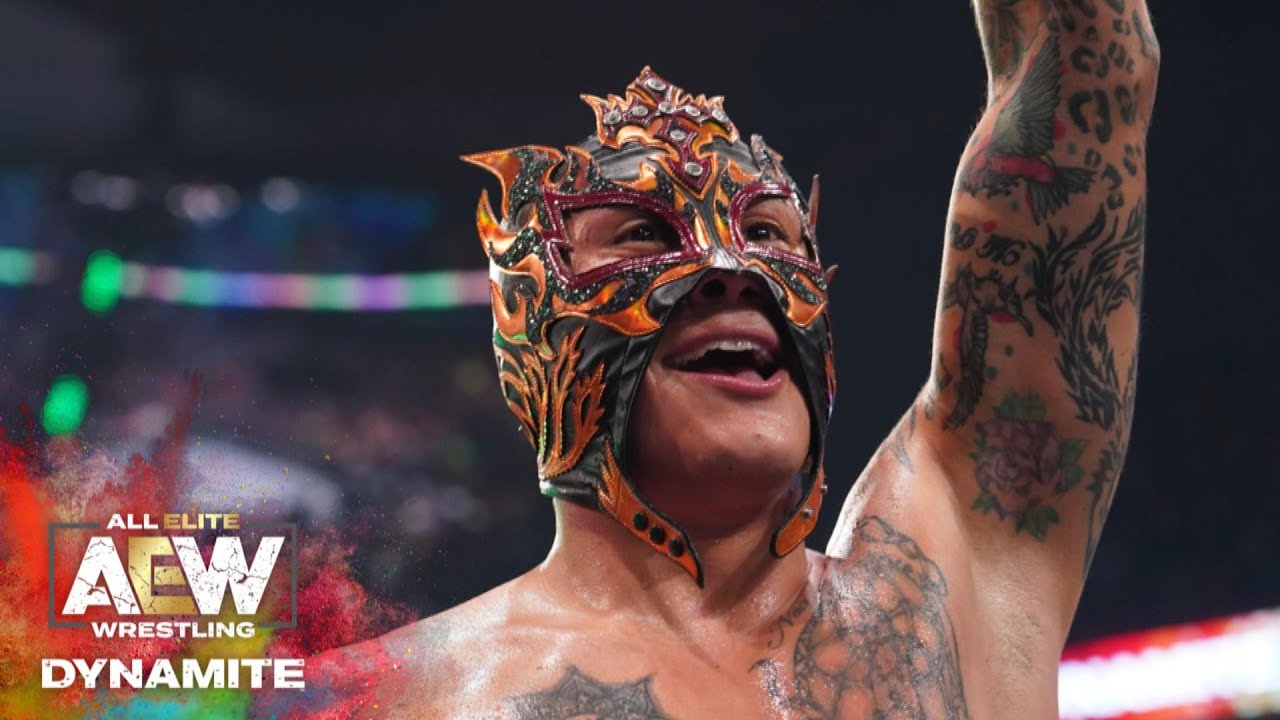 I’ll go with the Lucha Bros to win the titles here, which seems to be the big game plan for the whole thing. They are a better option and we could be in for something great when they face almost anyone. Those guys are as good as it gets at the moment and it would be great to see them win the titles here. Have them pin Private Party and you can move on to rematches between SCU and the Bros. Private Party are little more than fall guys here but it should work out fine.

This is one of the most tried and true stories you can have with teacher vs. student, though it isn’t the same version as usual. Instead, this time Sakura is the teacher and wants Riho’s title and Riho has done nothing to suggest that she resents her former teacher. That should make for a nice little twist on what I’m sure will be a well put together technical match, though your level of interest may vary.

The teacher is still the teacher: 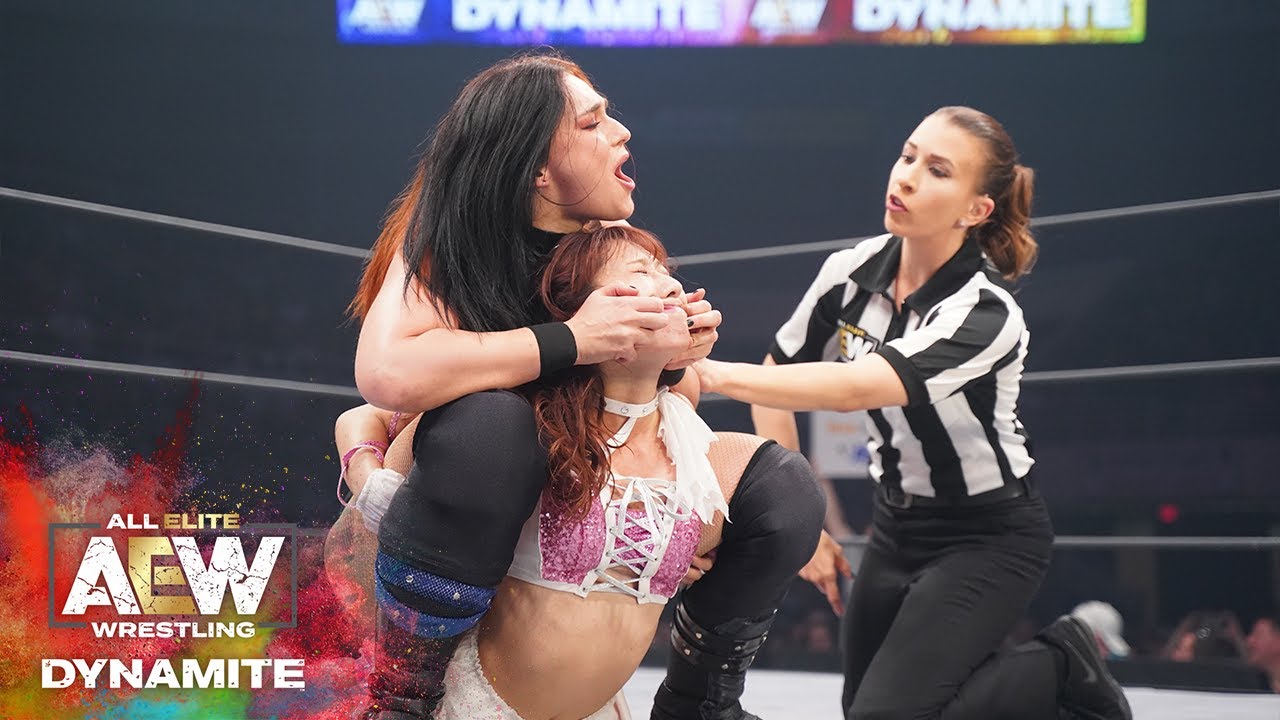 Riho retains here though, because that’s what this division is almost always about. She is rather well protected and has already taken one fall this week so it isn’t going to happen again here. Sakura winning would make sense from a storyline standpoint and I won’t rule it out entirely, but going with Riho here seems to be the more likely result

Young Bucks vs. Santana And Ortiz

It’s dream match time and I can more than go for that. There are only so many teams in the world that can hang with either of these two and thankfully we are getting to see them face off here. That is the kind of thing that makes AEW shine and their tag division has been as good as it gets at the moment. They could make this into a classic and I don’t think anyone would been surprised.

That’s what they want: 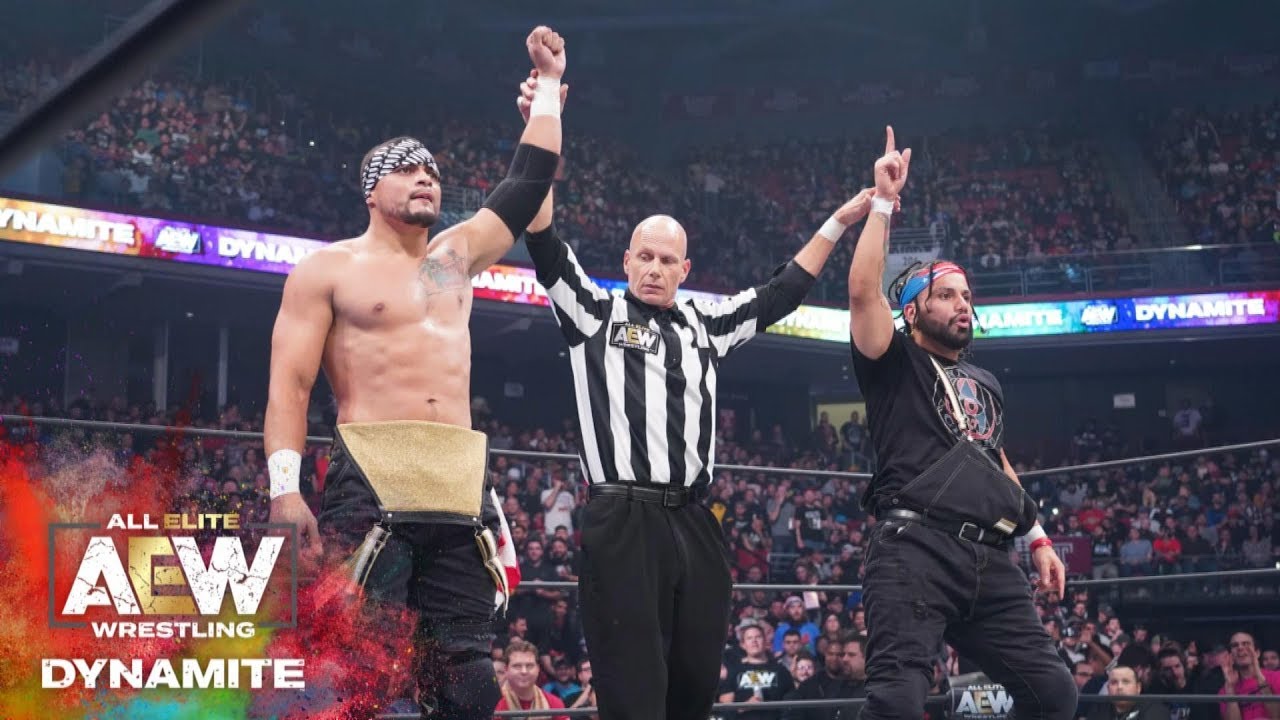 I’ll take the Bucks to win here as they need to win something to make up for not becoming Tag Team Champions. The Bucks are the kind of team who can lose time after time and still be fine, while Santana and Ortiz need a few wins to establish themselves in the company. I’m sure those wins will come down the line, but I don’t think that is going to be taking place here. Bucks win, though it should go the other way.

This is unsanctioned, meaning that it does not count towards the win/loss records. Granted I’m not sure how much of a difference those make in the first place but it is nice to have them covered. This match was supposed to take place earlier this year but was postponed due to Moxley’s elbow infection. Therefore this is a postponed match and they have been teasing a lot of violence.

That’s a lot of barbed wire: 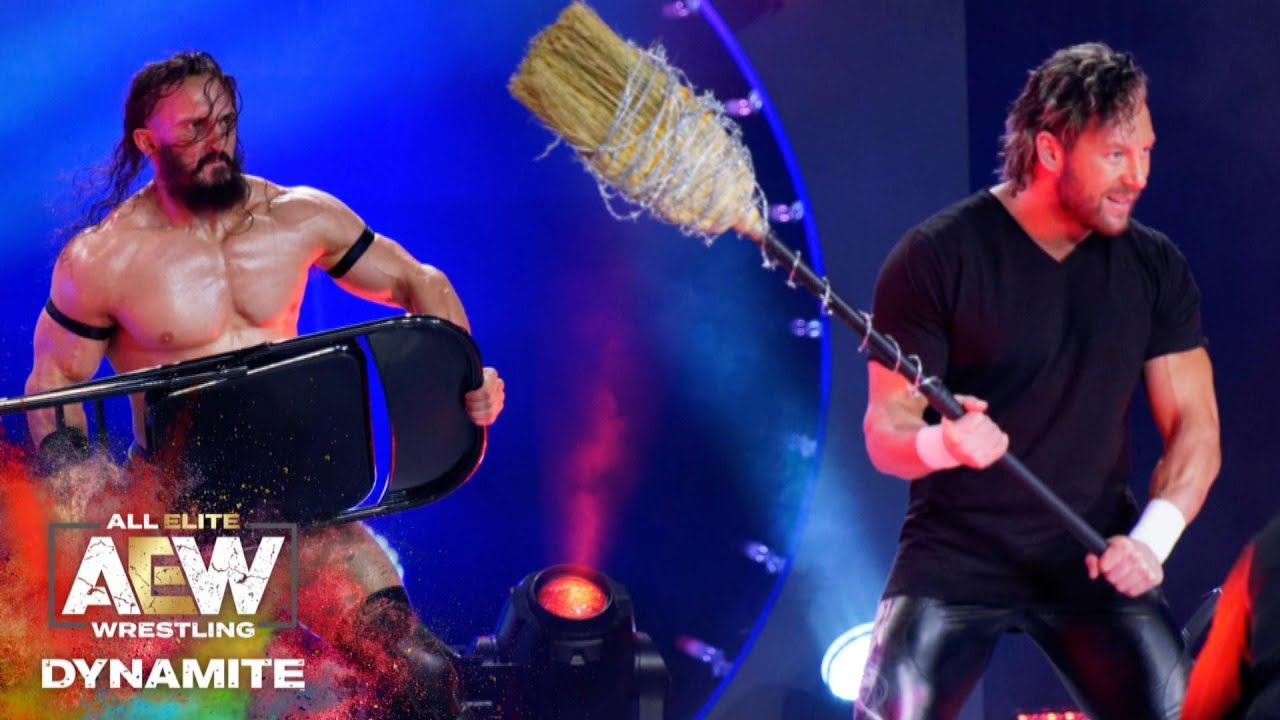 As much as I would like to see Moxley win here, I think they’ll go with Omega as he continues his rise back up the mountain to the top of AEW, where he can eventually become World Champion as the fans seem to be clamoring for. I’m not sure how interesting that is but Omega is viewed as the promotion’s ace and giving him a big win is what makes the most sense in the long term. Moxley is going to be over based on who he is and will be fine, but you could say the same thing about Omega too. But yeah, Omega wins and gets his big moment.

That leaves us with the main event as Cody puts up any future title shots against Jericho’s title. Now that opens up a new door in a move that needed to be made. You can only get so far with Jericho facing Cody in a match he isn’t likely to win, but now it feels like Cody has a real chance in this one. In an ideal world, Cody gets his big win after a long chase, but I’m not sure that is where they’re going here. 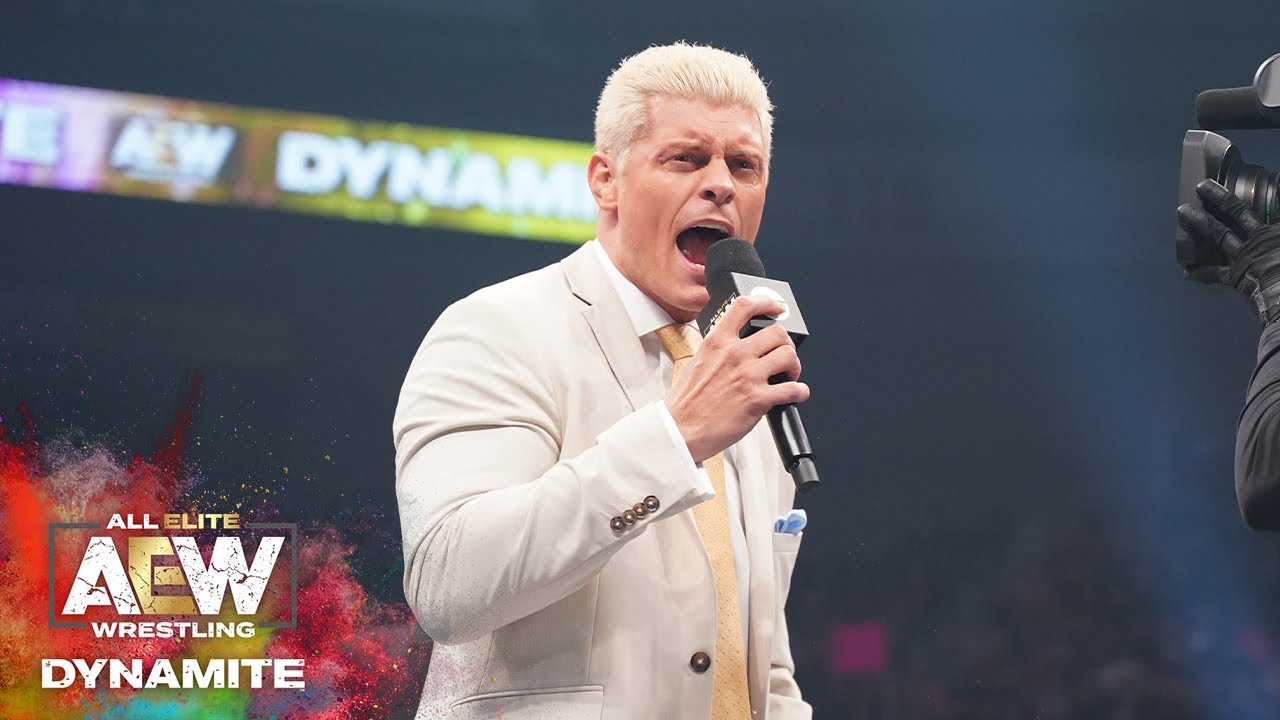 I’ll take Jericho to retain and Cody’s title issues to be fixed later on, as it just seems too sudden to take the title off of Jericho. Cody has nailed it with some of his promos as of late (imagine that: the one member of the Elite who acts like a normal human and has been through the WWE system is the best promo) and it makes me want to see him win the title, but I think Jericho keeps it here.

The more I think about this show, the more I wonder why it is taking place at the moment. Yes it makes sense to do something like this down the line, but we have only had six episodes of Dynamite. It doesn’t feel like the kind of thing that needs to be taking place at the moment but hopefully they can put on a great performance and give us a good show. They have so far so hopefully we get everything that they are capable of doing.

Excuse Me? The Undertaker Breaks Kayfabe To Pay A Compliment To.....Vickie Guerrero???