That won’t go over well. Women’s wrestling in WWE has come a long, long way in recent years. After being treated as little more than a sideshow, women’s wrestling has become a featured part of WWE television and has even headlined WrestleMania. That is a very long way off from the days of eye candy, but it seems that WWE wanted things back to their old ways, at least somewhat, again.

Former WWE star Ember Moon recently spoke to Chris Van Vliet and talked about her final few months in WWE before being released in November 2021. Moon said that her the time stated going badly when Shotzi was called up to the main roster, ending their team in NXT. Despite being told that there was something planned for her, nothing actually took place. She blamed the team being split up on backstage politics, as you have to know how to appeal to the right people, some of whom might not know the team was together in the first place. Moon was also told that she would be turning heel multiple times not nothing happened.

The other major revelation in the interview was the women’s division being forced to sit through meetings on how to dress sexier. Moon said that she wasn’t going to do this as she catered to children and wasn’t about to start dressing in a different way because they “had a two hour meeting about how to dress like Mandy Rose”. Moon made it clear that she had no problem with Rose but not everyone could do the same things she did. After leaving WWE, Moon has wrestled at a handful of shows under her previous name of Athena.

This is a rather eye opening interview. Check out the whole video: 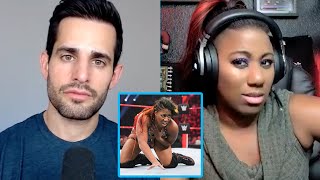 Opinion: This is a great illustration of a lot of the things that are wrong with WWE at the moment. Moon put in a lot of work and effort to get back into the mix but was then pulled out, seemingly on a whim. On top of that, those meetings sound like something straight out of the Attitude Era, as the women’s looks are the focal point rather than what they can do in the ring. I get that looks are always going to play a role, but having someone come in and explain how to show more skin and dress in a different way seems to be a big step over a line.

What did you think of Moon’s time in WWE? What do those meetings tell you about WWE? Let us know in the comments below. 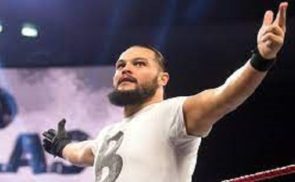