Even this is adorable. There aren’t many women in wrestling more revered behind the scenes than Molly Holly. Not only was she a very talented wrestler but I don’t know of a single person to ever say a negative thing about her. She’s one of the few women to get through wrestling world almost completely unscathed. It turns out there’s a rather adorable story about her.

Holly recently appeared on Colt Cabana’s “Art of Wrestling” podcast and discussed a variety of topics, including how she became friends with Randy Savage, paying for some of Beth Phoenix’s wrestling training and having a crush on a certain wrestling legend. Here’s the story (transcript courtesy of wrestlinginc.com):

“Sometimes, on my off days, I would go to the developmental territory. She (Phoenix) was in OVW. And so, not everyone in OVW was under contract. They had, like, local people there training to, hopefully, meet the right people and get an in and stuff. So I was there. I was under contract, but I was there either because they asked me to be, maybe I was doing something with the developmental or I went there on my own for fun. I don’t remember exactly… maybe I had a crush on John Cena at the time. I think he was there. Yeah, that was probably one of the reasons I was there. That’s the inside scoop, that I had a crush on him at one time.”

I wasn’t a huge Holly fan during her career but the more I hear about her, the more I respect her. There’s just something respectable about someone whose biggest issue is she had a crush on a male wrestler. She was a solid hand in the ring and a completely acceptable heel but unfortunately she’s overshadowed by her peers.

Were you a Holly fan? Should she be in the Hall of Fame? Let us know in the comments below. 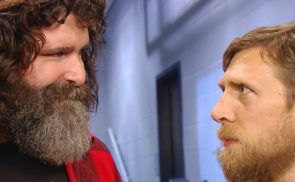 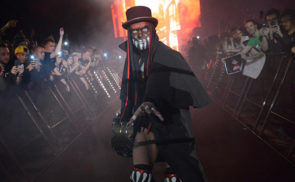 Watch: Finn Balor Can Do the Demon Walk Again