That’s the special moment. Wrestlers do a lot of things in the ring and in front of the camera as part of their job. There is very little free time as part of being a wrestler, meaning they have to use what they have as well as possible. That involves several different moments, with one of the most important taking place earlier this week between two stars.

WWE’s Charlotte and AEW’s Andrade El Idolo have officially been married, with the ceremony taking place on Friday. The two have been together for over a year, including when they both worked for WWE. Charlotte is currently on hiatus from WWE for the sake of her wedding, with her most recent match taking place at WrestleMania Backlash as she lost the SmackDown Women’s Title to Ronda Rousey. El Idolo’s most recent AEW match took place on the April 20 Dynamite when he lost to Darby Allin in a coffin match.

This is beautiful. Check out some clips from the wedding:

Opinion: Congratulations to the two of them as this is something that not everyone gets to do. They have worked hard to get here and it is great to see them getting to be happy. Hopefully everything works out for Charlotte and El Idolo as they get to begin their life together. It would be nice to see the two of them get to work together again, as there is so much talent between them that it could work very well. 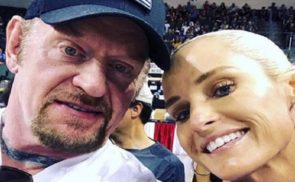 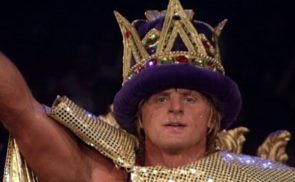 REVIEW: King Of The Ring 1994: The Owen Hart Tournament