Move On: WWE Officially Moving Money In The Bank To New Venue

Pack the bags. WWE runs a lot of major events every single year, some of which are among the biggest on the wrestling calendar. The company’s top events are some of the most well known in the industry and as a result, they are able to draw in tends of thousands of fans to the larger events. That is usually the case, but now things will not be taking place as originally planned.

WWE has officially announced that July 2nd’s Money In The Bank pay per view will be taking place at the MGM Grand Garden Arena in Las Vegas, Nevada instead of Allegiant Stadium in the same city. Fans who had purchased tickets to the event in the original venue have been sent an email saying that they will receive a refund and be allowed to purchase tickets to the new venue in advance. WWE’s website has also changed the venue to the new location. The email did not give a reason for the changes, though previous reports cited poor advance ticket sales.

WWE sent out the following email to fans that Money in the Bank will now take place at the MGM Grand Garden Arena pic.twitter.com/HC2h4nhpqe

Opinion: This is the kind of thing that could create a serious mess for WWE, as not only do they look bad in having to make the change but they also run into issues with ticket sales. If there were more tickets refunded than tickets available in the new venue, there are going to be fans left out. If those fans might be traveling in from a long way and had to make hotel or airline arrangements, it isn’t going to go well. This is all because WWE couldn’t sell enough tickets for a stadium, so hopefully they cool off a bit, or at least find out what went wrong.

Keep It Coming: AEW Considering Bonus Match For Double Or Nothing 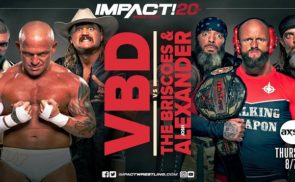