It’s the final show before Double Or Nothing and that means it is time for the last push towards the show. If nothing else, we get to find out who will be in the final of the women’s Owen Hart Foundation tournament, because that is still going. Tonight is mostly about firming up what is already there though so let’s get to it.

William Regal is on commentary as Danielson wins a test of strength and grabs a headlock. Back up and Sydal snaps off a flying mare, leaving us with a standoff. Danielson uppercuts him down and fires off the forearms to the head but Sydal is back with a leg lariat. We take a break and come back with Danielson dropping a knee for two of his own, only to have Sydal kick him in the face for a breather.

A hurricanrana gives Sydal two so he goes up for the Meteora, which is pulled into a nasty half crab. Sydal has to roll out so Danielson puts him on top. The belly to back superplex is reversed into a heck of a powerbomb to give Sydal two. A slugout goes to Sydal and he hits the jumping knee. Danielson isn’t having that and hits the running knee, setting up the hammer and anvil elbows. The guillotine choke finishes Sydal at 11:00.

Video on the rise of Hookhausen, though Danhausen still can’t train that well.

The Bucks come out in full on Hardys cosplay, complete with the music, the dancing, the DELETING, the Gangrel (yes the real one) and the Brandon Cutler as Lita (including the underwear). Cruz gets taken down by Nick, with some spot on Jeff Hardy style offense. Matt (as Matt) goes up top for the elbow before coming down to the middle rope instead. The delay lets Cruz get over to Rust, who walks into a double superkick. Another double superkick knocks Cruz silly and sets up the Swanton for the pin at 2:40.

Post match the Bucks turn on Gangrel but the real Hardys….rather slowly come to the ring for the save. Cutler breaks up the double Twist of Fate but Gangrel Impales him. The Twist of Fate into the Swanton crushes Cutler and we get the New Brood reunion.

Darby Allin challenges Kyle O’Reilly for Double Or Nothing. If O’Reilly turns him down, Allin will interfere in both of the Undisputed Elite’s matches and ruin their night.

Caster’s rap is about Martin’s lack of success with women. The Gunn Club is here with him and try to handle Anthony Bowens’ signature, causing Bowens (as pushed to the ring in a wheelchair by Billy Gunn) to protest until he gets to do it. Martin dives onto Caster and the Club so we’re ready to go. Everyone else is ejected as Caster goes after the knee and twists it down for an early two as we take a break. Back with Caster missing the Mic Drop and Martin backflipping over him. Some elbows put Caster down and the Nose Dive finishes for Martin at 6:14.

Here are the Men of the Year, with Dan Lambert talking about how you can guarantee that there are very few things you can believe in. You can believe in them though, including the TNT Champion. We need a new title belt for him though, with Scorpio Sky receiving the newly designed version, which is basically the same belt with yellow and purple trim (ala the Los Angeles Lakers).

Hold on though as we cut to American Top Team headquarters, where Sammy Guevara/Tay Conti/Frankie Kazarian break in. They look at the title collection and, with a lead pipe, break into it and steal some titles. The challenge for the six person tag is thrown out for Double Or Nothing, with Sky accepting, on one condition: if Sky/Ethan Page/Paige VanZant win, Kazarian/Guevara can never challenge for the TNT Title again.

Kris Statlander is tired of being nice because it hasn’t gotten her anywhere.

Double Or Nothing rundown.

The winner gets Britt Baker on Sunday. Soho goes for the knee to start but Statlander flips her away with straight power. An armdrag sends Statlander into the corner but she blocks another one, again with the power. A kick to the knee just annoys Statlander, who blasts Soho with a clothesline as we take a break.

Back with Statlander powerbombing her out of the corner but her arm gives out on a gorilla press attempt. No Future connects for Soho but Statlander gets sent outside. Soho has to get her up and it’s a hurricanrana from the apron to stagger Statlander again. Statlander is fine enough to hit a quick Falcon Arrow for two but the shoulder gives out on the Spider Crab attempt. Soho kicks the knee out again and crabs an Oklahoma roll for the pin at 10:10.

Post match here is Britt Baker, but Soho cuts her off. Soho is tired of hearing Baker talk so on Sunday, Soho is taking the tournament. Baker has a receipt coming on Sunday and the mic is dropped to end the show. 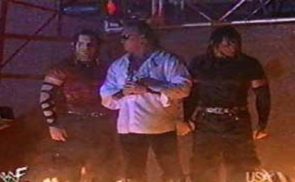 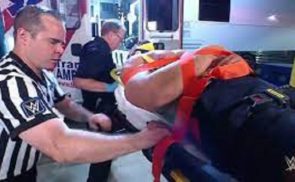