It’s what they do. Wrestling is like every other sport in a lot of ways. No matter what a promotion does, the fans will always think that they know how to do it better. That may or may not be the case, but it is always something that you see and hear. In wrestling it might be saying who should or shouldn’t be pushed, and that has been the case for years with a certain popular wrestler.

Over the years, Cesaro has always seemed to be one step away from becoming the biggest star in the company. He has the look, the charisma, the raw strength and the popularity to break through but it has never happened. It has not been clear why that has been the case after so many years, but someone with some behind the scenes insight seems to have a theory.

During a recent episode of his Arn podcast, Arn Anderson said that WWE’s front office is not high on Cesaro, though Anderson is not sure why. Anderson says that the higher ups are the only ones who feel that way as almost everyone else sees Cesaro as a big potential star. Cesaro has also been told to stop doing some of his more impressive moves when he is a heel because they are too flashy.

This isn’t something they want. Check out some of Cesaro’s feats of strength:

Opinion: I’m with Anderson here as I don’t get why Cesaro has never gotten a chance. Maybe he would wind up failing but it would at least be worth a shot. I don’t know if it has something to do with his accent or something else but there is some reason that WWE feels the need to keep him in the midcard. Fans have wanted to see Cesaro as a superstar for years and I’m not sure if it is ever going to happen, which is a shame.

What is holding Cesaro back? Will he ever be a main eventer? Let us know in the comments below. 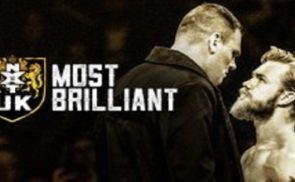