Former World Champion Implies He Will Be A Free Agent

The next big name. Wrestling has changed a lot in the last few years and a good bit of that is due to the rise of AEW. The company has allowed several wrestlers to have a new platform in the wrestling world and that is a great thing for everyone involved. It has certainly opened up the free agent market in a great way and now another big name might be added to the mix.

Former Impact Wrestling World Champion Josh Alexander has sent out a tweet suggesting that he is moving on from the company. Alexander says that he is grateful for his three years in the company and thanks Impact for giving him the confidence to know that he is able to be an elite performer. This comes after Alexander was “sent home” during an angle on this week’s Impact Wrestling. There is nothing in the tweet about where Alexander may be wrestling next.

Opinion: I don’t think the question has been “will Alexander leave” so much as “when will Alexander leave” for a long time now. Alexander has been the best thing about Impact Wrestling for the better part of a year and that is something that is going to get some bigger eyes on him. I’m curious to see where Alexander goes next, but a stop in AEW would not be the biggest shock.

What do you think of Alexander? Where do you want to see him go next? Let us know in the comments below. 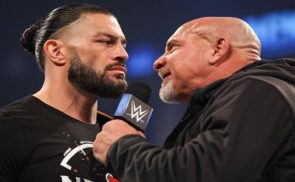