Plans are subject to change. Last weekend, AEW presented its latest pay per view offering with Full Gear, marking the second event in the show’s history. It was a packed card and worthy of the AEW pay per view series with all kinds of major things taking place. Some of the things that took place were culminations of major stories but others were setting the stage for the future. It turns out that one such future match was not originally in the cards.

Full Gear was book ended by Kenny Omega defeating Hangman Page to become the new #1 contender to the AEW World Title and a main event of Jon Moxley successfully defending the title against Eddie Kingston in an I Quit match. This set Moxley and Omega on a collision course for the title and now the match has been set for December 2. That was not the original plan for Moxley’s next challenger though.

According to Wrestling Observer Radio, the original plan called for Lance Archer to be the next challenger to Moxley’s title. This was hinted at on the Full Gear pre-show with commentary talking about how Archer was waiting in the wings for the winner. There is no word on why the change was made, though Archer was never officially announced as the next challenger.

They’ve done this before. Check out what happened when Archer faced Moxley:

Opinion: This is a curious way to go but at the end of the day, we have already seen Moxley vs. Archer and it was about a month ago. Moxley vs. Omega has not taken place in a very long time and it would be nice to see it go down again with the gold on the line. I’m still curious about why the match is taking place on television, but with three and a half months before the next pay per view, it does make some sense.

Which match would you have rather seen? What is next for Archer? Let us know in the comments below. 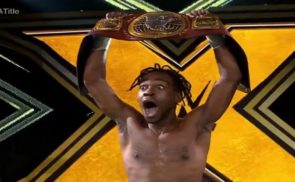 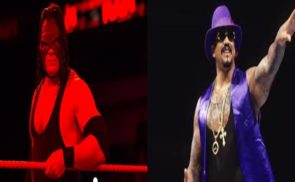