KB’s Review: The Ghost Of Montreal

Twenty three years ago this week, the Montreal Screwjob took place at Survivor Series 1997. I’m not going to bother going into a big recap of the incident because it’s the most infamous night in the history of professional wrestling. There have been books, documentaries, podcasts and everything else you can imagine written/said/everything else about the whole thing. Everyone has talked about this at some point but today we are going to look at something that isn’t discussed enough.

The Montreal Screwjob was a perfect storm of everything going wrong all at once. Between Bret Hart, Vince McMahon, WCW and everything else going on at the same time, there are only so many ways that this could have gone. The tensions were very high and after Hart had spent months talking about how he was getting screwed and everyone was against him, something huge taking place almost made perfect sense. It would have been easy to assume that it was just a storyline, though later on the details would come out that everything was real. Now that’s important, and that is what we are getting into today.

Wrestling is a place where anything can happen. I know that’s a cliché, but it really is the case. A wrestling company can put together any kind of story that they want and if they can put the pieces together in a proper order, the story can make sense. Sometimes the story is something that you can tie into real life situations and that is something that you cannot fake. So why do companies try to make that happen?

One of the things that you would see after the Montreal Screwjob were companies copying the entire incident. The next year’s show ended with the Rock putting Mankind in the Sharpshooter and McMahon ringing the bell. Starrcade 1999 had the same situation with Roddy Piper, Goldberg and Hart. Impact Wrestling did it more than once. WWE makes reference to the situation almost every time they are back in Montreal. That’s kind of a problem, and not just because it’s really repetitive booking.

If you’re looking at a wrestling storyline from a kayfabe perspective, something that can only happen one in a million times should only be happening one in a million times, not every year. We’re supposed to believe that everything taking place is supposed to be real and then something completely insane and impossible happens, but then it just happens again a few months or even a year or two later? The same situation with the same complete and utter insanity?

As wrestling fans, we are supposed to believe that everything we are seeing is real (yes I know that’s old thinking and no one follows the thinking anymore, and you wonder why wrestling is in such a state these days). You can have things take place on a complete fluke and never believe it is going to happen again….but then it just happens again? That thing that we couldn’t believe happened in the first place because it was almost impossible to imagine actually taking place? That’s what we’re supposed to believe?

Think back to Montreal. You had Hart being paranoid, McMahon becoming the villain because Steve Austin was pushing him to the brink with one Stunner to authority after another, Shawn Michaels and Hart had been involved in an and off feud for over a year and a half, and WCW was crushing the WWF in the ratings at the same time, plus probably a dozen other things that I’m forgetting. The table had been set up perfectly and as we rolled into Montreal, you could feel the powder keg getting ready to blow. Even if a lot of it was storyline, the real life situation made things feel that much more realistic.

Then they did it again:

But then it happens again. And again. And again. Year after year, visit to Montreal after visit to Montreal. This is the kind of point that makes it almost impossible to believe what you are seeing is real, and that becomes a major problem. I know it’s a tired and overly used illustration, but if a character in a movie suddenly breaks character in some way, it is going to take you completely out of everything that has been built up. It is pulling back the curtain and basically making it clear that this is fake.

The same is true in modern times as well. We are less than two weeks away from Survivor Series and believe it or not, the story is that the Monday Night Raw and SmackDown teams are fighting over who the captain is. I get that the wrestlers are naturally competitive and want to win the bragging rights (the script tells them to care you see) but this happens almost EVERY SINGLE YEAR. Not only are there no stakes on everything going on at the show, but we’re supposed to believe the same story is taking place on these shows? Does no one ever learn a lesson in wrestling?

Or maybe it’s October and you have a feud that just happens to need to be thrown inside the Cell. Or maybe it’s December and a feud starts up over a table, a ladder or a chair. Or maybe it’s February and six people/teams are going after a title and we can put them all inside the Elimination Chamber. Or maybe someone does something that just happens to tie into whatever pay per view you have coming up and we’re just supposed to buy it because WWE thinks we’re kind of dumb but still expect us to hand over our money time after time (which we do).

This is where wrestling starts to fall apart, because, despite what modern wrestling wants you to believe, you’re supposed to believe what you’re seeing. I know it wasn’t the best of times and it did a lot of damage to wrestling as a whole (that’s a long discussion in its own right) but the Attitude Era did not have this problem nearly as much. The stories they told were completely insane and all over the place, but they were flying by so fast that it didn’t insult your intelligence. Well at least not at the time.

And now we get this over and over:

What mattered was the fans bought it and you could see (with enough squinting) where things were going and how they were supposed to get there. Without a reason to believe what you were seeing, nothing really seems important and the fans start to pull back. That’s where things are falling off today: there has been a break in the logic and the fans can see it taking place in real time. Without that in place, all you have are a bunch of people you don’t believe saying things that aren’t real.

I don’t know if you can chalk it up to a lack of creative idea, too many gimmick themed shows or just pure laziness, but something that feels spontaneous and original (or at least fresh) would be incredibly nice for a change. You can only ask fans to suspend their disbelief so many times and we passed that point a long time ago. At the same time, it isn’t like this is a difficult problem to solve.

Just come up with a logical reason to get to a match or a story, which shouldn’t be that hard if Creative lives up to its name. There are a lot of talented and intelligent people in WWE today and it’s easy to see something like this work. Bray Wyatt and the Fiend corrupt people into changing. Roman Reigns is so dominant and has his family jumping onboard because the bloodline matters to them. This isn’t that hard to pull off and yet it’s a rare occasion these days. Come up with something better, because otherwise you’re just screwing yourself out of a job. 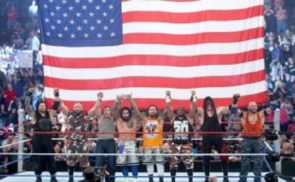 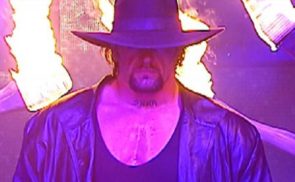