A star isn’t born? One of the best feelings a wrestling fan can have is being surprised. Sometimes you see something take place that you did not see coming and you actually get caught for a change. It’s a nice feeling and something that can make a show that much better. That was the case for a lot of fans this Wednesday night but it might not be as big a deal as it seems.

This week on NXT, Leon Ruff defeated Johnny Gargano to become the new North American Champion in a stunning upset. Ruff had been one of the names on a wheel of challengers for Gargano’s title and Gargano had rigged the wheel for Ruff’s name to be chosen. However, Damian Priest interfered and cost Gargano the title, giving Ruff the biggest win of his career. It was a big surprise, but it might not have lasting effect.

According to Wrestling Observer Radio, the point of the title change was to advance the Gargano vs. Priest story and was not meant to make Ruff into a star. Ruff’s title was was treated as a joke, including him being too skinny to properly wear the title. The idea was to make Gargano look bad and Ruff is not expected to be a serious champion. There is no word on when he will drop the title or to whom.

I was surprised. Check out the title change and Gargano’s reaction:

Opinion: You almost had to imagine this is how things were going to go as it never felt like a way to make a new star in Ruff. That being said, I liked the fact that they threw us a curve instead of doing the same things over and over again. Gargano slipping on a banana peel and costing himself the title was a nice moment and I’m curious to see where it goes, as someone has a nearly free pass to becoming champion when they face Ruff.

What did you think of the change? Who is the next champion? Let us know in the comments below. 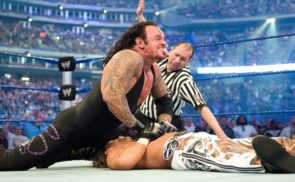 WATCH: The Undertaker vs. Shawn Michaels From WrestleMania 25 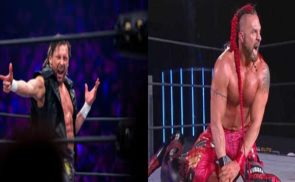