It’s back to the title scene now with a #1 contenders match between Ariya Daivari and Akira Tozawa, the winner of which will get the Cruiserweight Title shot at Summerslam. Other than that there isn’t much of importance going on around here but I’m sure we’ll see the midcard feuds built up as well. Let’s get to it.

We open with a recap of the build to Daivari vs. Tozawa, both of whom want the shot at Neville. Daivari has injured Tozawa’s shoulder but Tozawa is fighting through it like a true warrior.

The announcers have a broken table due to Baron Corbin attacking Shinsuke Nakamura and getting Attitude Adjusted through the table.

Before the match, Kendrick says he’s tired of talking about Gallagher, who belongs in the circus instead of in this match. Gallagher punches him in the face at the bell and fires off some knees in the corner before ramming him head first into the buckle. We can’t even get a clean break out of the corner. Kendrick tries to crawl away so Gallagher stomps under the ropes for the DQ at 1:21.

Result: Brian Kendrick b. Jack Gallagher via DQ when Gallagher attacked in the ropes (1:21) 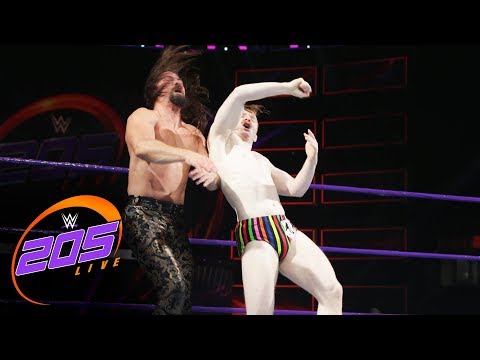 Gallagher keeps up the beating until Kendrick bails into the crowd.

Mustafa Ali and Rich Swann are playing WWE2K18 in the back when TJP interrupts. Ali leaves so more trash is talked, setting up a match next week in the name of friendly competition. For now though, they game.

Nese gets in a lot of trash talk about his physique on the way to the ring. He’s not done yet either as he brags about said physique, which no one in Cleveland could accomplish. It also caused his team to win the main event last week instead of Cedric Alexander and Rich Swann. As for Metalik, he must be covered from head to toe because his physique just can’t measure up. Metalik has a pre-taped promo of his own, thankfully compete with subtitles.

Nese wastes no time in hitting the posing so Metalik handsprings off the ropes and grabs an armdrag. Now it’s Metalik posing and hitting a dropkick to put Nese outside. Nese slides back in and tries a baseball slide but Metalik jumps up and hits a top rope Asai moonsault onto Nese the second he hits the floor. Back in and Nese gets two off a faceplant and it’s off to a bodyscissors. Metalik breaks up a superplex and gets his own two off a high crossbody. The rope walk elbow is good for the same but Nese kicks his legs out. Tony’s running knee in the corner is good for the pin at 6:29. 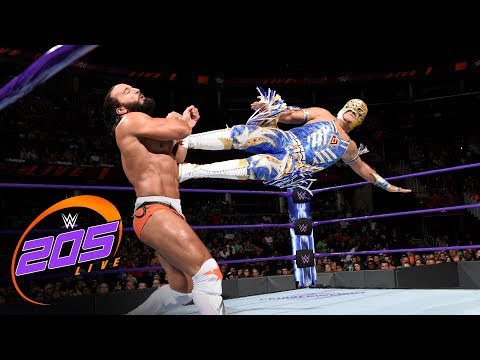 Neville doesn’t care who he faces because they’ll have to bend the knee and kneel before the King of the Cruiserweights.

The winner gets Neville at Summerslam. Daivari dedicates the match to the Iranian gold medalist to keep up his tradition. Tozawa drives him into the corner for a loud chop to the chest and it’s time for some AH AH AH. More chops set up the running backsplash but it’s way too early for the top rope backsplash.

Instead Daivari cuts off a suicide dive with a crossbody and sends him outside for a good posting. Tozawa gets thrown up the ramp but he dives back in at nine. The slow beating continues back inside and it’s finally off to the armbar. Daivari switches up to a Cobra Clutch Crossface before Daivari slams him shoulder first into the mat.

The frog splash misses though and Tozawa makes the fired up comeback, including a Shining Wizard for two. Daivari trips him off the top though, sending the bad shoulder into the ropes. The frog splash is good for two, only to have Tozawa kick him in the face. There’s a suicide dive, followed by the top rope backsplash to send Tozawa to Summerslam at 11:18. 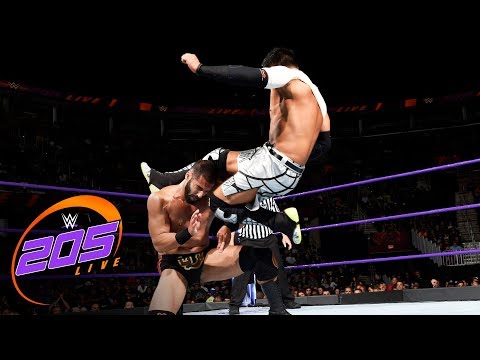 Neville is watching in the back to end the show. 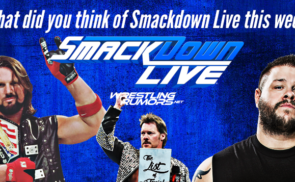 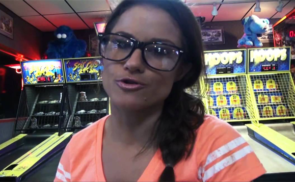